You are here: Home > England’s killer ladybird a warning for Australia 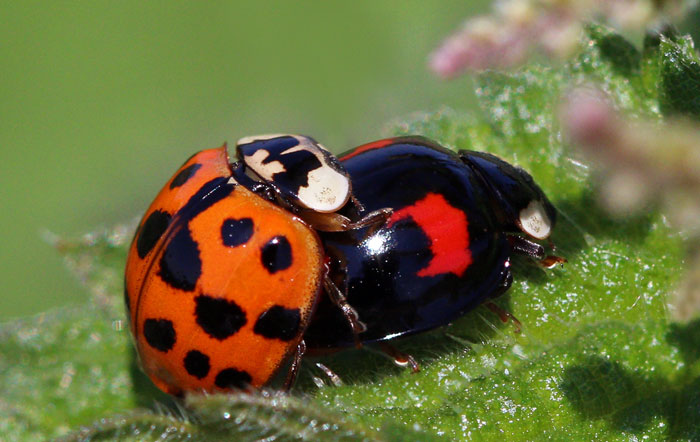 The harlequin ladybird is widely considered to be one of the world’s most invasive insects. They are extremely variable in appearance, hence the name, harlequin ladybird. It may be red or orange with zero to 21 black spots. It may all black or black with two or four orange or red spots. Most individuals have two large white areas on each side on the head segment and a black ‘M’ shape when seen from the top and looking forward. Photo: Charles J Sharp – Sharp Photography | CC BY-SA 4.0

Imagine a creature that can invade an entire country within a decade and, by eating almost all other insects it encounters, send populations of other species plummeting. This is not science fiction but reality in the United Kingdom.

The harlequin ladybird (Harmonia axyridis), a voracious predator from Asia described as the most invasive ladybird on Earth, was first uncovered in the UK in 2003. Citizen scientists mapped its alarming rate of spread, collecting over 48,000 records in just 13 years.

At least seven of the UK’s native ladybird species are now in decline, and the harlequin ladybird is well established in the southern half of the UK.

Even though the harlequin ladybird has also established in many other countries, including New Zealand, it is not yet on Australia’s pest watch lists. What other insects from overseas should we be worried about?

Could Australia fend off an insect armageddon?

Globally, only 70-100 insects have been specifically identified as likely to harm natural ecosystems. This is mostly likely an underestimate, due to limited studies and interest. In Australia the knowledge is more limited.

The Invasive Species Council and Monash University School of Biological Sciences sought to address this by systematically identifying potentially harmful exotic insect species not yet established in Australia and their likely pathways of arrival. Securing a major grant from the Ian Potter Foundation and smaller grants from the Queensland and federal governments, our project began in 2017. The research has been led by Professor Melodie McGeoch of the McGeoch Lab at the School of Biological Sciences, Monash University.

With the work set to finish in June 2019, some key messages are beginning to emerge.

After reviewing records of more than 2000 insects that could harm the natural environment, we identified around 240 species that have multiple independent sources of evidence showing they cause environmental harm. We drew on evidence collected about insects that have invaded countries elsewhere in the world, relying on published evidence, global databases and expert reviews.

About half of the species of concern were from the order of insects that includes ants, bees, and wasps, Hymenoptera.

How will they arrive?

Most insects of concern are likely to arrive on transport as contaminants or hitchhikers. In most cases this is likely to be with plant material (16 % of species), nursery material (16%) or via the timber trade (8%).

Ants, the most common high risk insect invader, are likely to be found on all pathways.

Schematic description of the process for refining the species pool of invasive exotic insects to determine those that are of highest priority. Diagram: Monash University.

A team of scientific experts reviewed all the information about more than 100 insect species – including the high priority insect invaders – to quantify their likely impacts based on published literature (noting levels of uncertainty and information gaps). This review included those species most regularly identified in the literature as causing impacts.

The team also conducted foresighting for some species to outline the likely invasion scenarios if they were to arrive in Australia. This is important to help Australia prepare for when a high-risk insect is detected in Australia.

All the information will be compiled into an open source information platform, allowing the results to be shared, interrogated and updated when new information becomes available.

We will hold a stakeholder workshop in the middle of the year and brief biosecurity agencies on the results, and a series of papers will be published in peer reviewed scientific journals.

This project was made possible by a major grant from the Ian Potter Foundation and additional funding from the federal Department of Agriculture and Water Resources and the Queensland Department of Environment and Science. We are also very grateful for the volunteer work of the expert review panel, and the advice and support from the project reference panel.

2 Responses to “England’s killer ladybird a warning for Australia” 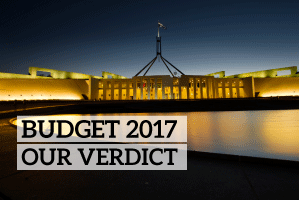