The Froggatt Awards are named in honour of Australian entomologist Walter Froggatt, who, when the cane toad was released into Australia in the 1930s to control beetle infestations in the sugar cane industry, was a lone voice, lobbying the federal government to exercise caution.

Invasive species are now one of the key threats to Australia’s natural environment, but their continued arrival and spread is all too often neglected as a conservation issue.

The Froggatt awards are given to those who have made a major contribution to protecting Australia’s native plants and animals, ecosystems and people from dangerous new invasive species.

Do you know an individual or organisation who deserves recognition for their work protecting Australia from environmental weeds, diseases or pest animals?

Nominations are now open for this year’s Froggatt Awards. Why not nominate your environmental hero? 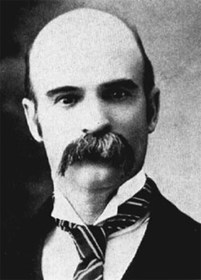