You are here: Home > Community taskforce zeroes in on yellow crazy ants

On a typically warm winter’s day in Townsville a small group of keen locals stands at the entrance to Billabong Sanctuary introducing themselves.

This is the first meeting of the Townsville Yellow Crazy Ant Community Taskforce and we’re about to distribute baits within the sanctuary’s bushland area to eradicate yellow crazy ants, an extremely destructive ant accidentally introduced into Australia that will cause major environmental damage and millions of dollars in economic loss if not eradicated.

The volunteers form an ‘emu line’ and, bucket in hand, begin throwing out tiny baits made up of crystalised jelly, water, sugar and Fipronil – it looks a bit like they’re feeding chooks. Later at night when they become more active any yellow crazy ants in the area will come out to feed on the baits.

Throughout the afternoon we catch glimpses of some of the more interesting locals at Billabong Sanctuary, including emus, crocodiles and a wedge-tailed eagle. It’s a beautiful part of the world to spend time in.

On the day we’re joined by Ray Stevens, the curator at Billabong Sanctuary. He’s been living onsite for 16 months and says when he first moved in he was finding yellow crazy ants everywhere – in his bathroom, even in cupboards.

The ants were killing the local native insect populations, and swarming all over the food of the larger animals that live at the sanctuary.

“Before the baiting it seemed every tree on the creek had a colony of yellow crazy ants,” he says. “Now we have seen an immense drop in numbers, and just have to keep going until we eradicate them.

“One small colony of ants can turn back into a super colony and we would be right back where we started.”

The first yellow crazy ant field day run by the Invasive Species Council turns out to be a smashing success. We distributed half a tonne of bait across five hectares of native bushland and made lots of new friends over cake and a cuppa.

The huge effort also bodes well for the future of the taskforce, which, over the next two years will see volunteers working with the Townsville City Council to apply insecticide, actively search out yellow crazy ants and monitor our efforts as we eradicate these invasive ants from the Townsville region.

If you want to do something for the Townsville community and our environment why not get involved? Turns out chasing yellow crazy ants in the bush is lots of fun!

Just sign-up for our email updates and we’ll let you know when the next yellow crazy ant field days are planned.

In the Townsville region yellow crazy ants are infesting roughly 140 hectares at Nome, about 10 hectares in Douglas and have also been found at Mount St John. The size of that infestation is still being accessed. They threaten our tourism and agricultural industries as well as public and environmental health:

Thank you again for everyone who joined us at Billabong Sanctuary and, if you live in the Townsville region we’d love you to get involved!

This project is supported by the Queensland Government’s Community Sustainability Action grant program. 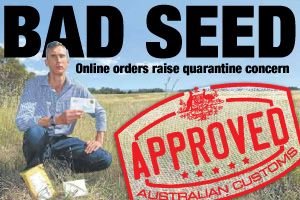