Tasmania and Victoria remain the last two states in Australia that continue to treat deer as a hunting resource instead of managing them as the pest species they have become.

Tasmania’s population of fallow deer has more than tripled since the 1970s and by 2023 is likely to increase by about 40%. It has been estimated that by mid-century the population could exceed one million.

In 2020 the Tasmanian Government released the results of an aerial survey of deer across the introduced animal’s core range within the state. The results put the number of feral deer in this area alone at 54,000 – the survey didn’t cover the Tasmanian Wilderness World Heritage Area, northwest of the state or down south and on Bruny Island. All areas known to have feral deer populations.

The results suggest earlier studies warning of increasing feral deer numbers in Tasmania had underestimated the growth and spread of the total deer population.

Deer populations are now threatening the world famous Tasmanian Wilderness World Heritage Area, and there are reports of them moving outside of their range and into new areas across Tasmania, including Bruny Island, the outskirts of Launceston and Hobart, Mole Creek, Deloraine and Dover.

In response, the Invasive Species Council, supported by the Bob Brown Foundation, prepared Feral Deer Control: A Strategy for Tasmania. The strategy contains 28 actions to reduce the impacts of feral deer on environmental, social, cultural and economic values.

The Tasmanian Government released a new ‘Wild Fallow Deer Management Plan’ in November 2021. In our submission to the draft plan we are urging the government to ensure that:

Blank first item
Impacts of deer on the environment

Fallow deer can harm habitat for many native Tasmanian species.

There are also listed threatened plants, threatened invertebrates and threatened vegetation communities that may be threatened by trampling and grazing by fallow deer.

Greening Australia estimates that 30 per cent of its $6 million budget for the Midlands Restoration Program was spent on deer control and mitigation from deer rubbing and ringbarking trees, deer proof fencing, deer damage costs and deer monitoring.

The federal government has identified that feral deer have major impacts on the natural environment:

In 2016 the Tasmanian Legislative Council held an inquiry into Wild Fallow Deer in that state with particular reference to: 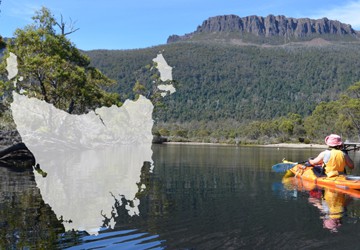 Tasmania’s Wilderness World Heritage Area is under threat from deer. The Tasmanian Government knows deer are invading this global treasure but is doing nothing about it. 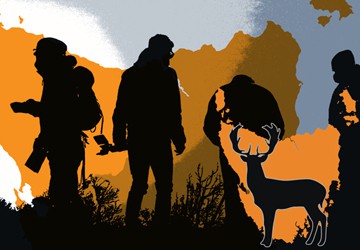 If you've seen fallow deer while bushwalking, fishing, or even in your neighbourhood report the sighting to the Tassie Deer Spotters iNaturalist page. 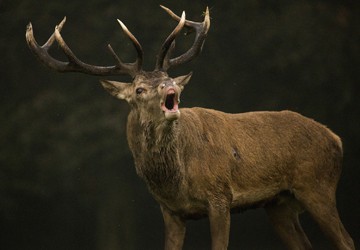 Find out why deer are one of our biggest pest problems