Plans by a re-elected Tasmanian Liberal government to allow recreational deer hunting in world heritage national parks will have little effect on slowing the spread of feral deer across the state.

Deer are now found well inside the Central Plateau section of the Tasmanian Wilderness World Heritage Area and threaten places like Cradle Mountain, the Walls of Jerusalem and the Tarkine coast.

Recent research by the University of Tasmania predicted that deer will increase by 40% over the next ten years and the Tasmanian Wilderness World Heritage Area “is likely to experience more damage from overgrazing, browsing, trampling, ring-barking, antler-rubbing, weed dispersal, creation of trails and damage to wetlands and streams.”[2]

The Tasmanian Liberals have also promised to establish of a Tasmanian Game Council.

“Based on experience in NSW, where its Game Council was abolished after 11 years, a game council is likely to entrench the negative influence of hunters on effective feral animal control,” Mr Cox said.

“Some positive elements of the announcement include a statewide feral deer census and support for the use of professional shooters to target isolated deer populations and world heritage areas.

“Since no new resources are promised to implement the policy it is hard to have confidence that professional control efforts will succeed in slowing the spread of feral deer.”

Other positive elements of the policy include reducing red tape for farmers who want to control feral deer on their properties and opposition to unregulated commercialisation of venison sourced from feral deer.

Note: Comments are the responsibility of Andrew Cox, 88b Station St, Fairfield, Victoria.

[1] Victorian Government 2017. Government Response to the Environment, Natural Resources and Regional Development Committee Inquiry into the Control of Invasive Animals on Crown Land. See recommendations 15 and 21. 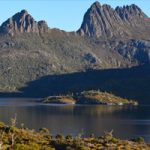 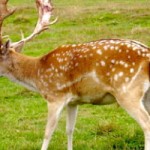