You are here: Home > Will the green ant reign again?

On a recent trip to Cairns our outreach officer Shannan Langford Salisbury found Kuranda local Rob Richardson barefoot and staring at the ground in the middle of the street. The reason? He could walk around without shoes on and not worry about being swamped by ‘waves of yellow crazies’.

‘Yellow crazies’ are the highly aggressive yellow crazy ant that are invading Queensland’s Wet Tropics World Heritage Area. There is an eradication program in place, but it desperately needs more funding.

Rob says he first knew he had a problem when native green ants (Oecophylla smaragdina) started disappearing. Soon after his property was swarming with yellow crazy ants and he started losing other native insects and wildlife.

“The green ant is king here,” says Rob. “So when the king disappears you know something is wrong.”

Shannan was visiting Rob and Cathy Retter from Kuranda Envirocare to see whether treatment of one particular yellow crazy ant infestation has been effective.

To see green ants returning to the area has given both Rob and Cathy hope they are winning the battle against yellow crazy ants. However, they still want to see the results of recent surveys and research that will hopefully show whether or not the reductions in crazy ant numbers reflect a permanent fall in the population or just a temporary displacement.

Results from July and August look promising, with fewer ants reported, but a larger dataset of surveys covering the past few years is yet to be analysed.

Rob says three houses in a row were treated with the insecticide Fipronil in early July to prevent yellow crazy ants from entering homes. Since then there has been a noticeable reduction of yellow crazy ants and a return of native green ants to the area.

While on site the three were lucky enough to see a green ant carrying the body of a yellow crazy ant, an indication that the balance of power has been taken back by the green ants.

Echidnas have also been seen burrowing into yellow crazy ant nests (away from the Fipronil-treated houses) looking for food.

The interaction between echidnas and yellow crazy ants has not been documented but it is promising to see native wildlife living in the area and placing pressure on the invasive ants.

The efforts of the local community in fighting yellow crazy ants seems to be paying off. It is now critical to keep up the pressure so that full eradication of the pest ant can be achieved.

The invasive Species Council is calling on the Queensland government to fund the $4.5 million shortfall.

Local environment group Kuranda Envirocare recently raised $20,000 for research into the invasive yellow crazy ant. They were frustrated that government was not investing in basic research about yellow crazy ant control. The money will be used by James Cook University researcher Dr Lori Lach, who hopes to find out more about the ant species and how to bait it effectively.

Envirocare originally put up $5000, which was matched by locals as part of a crowd-funding campaign. The local community newspaper, Kuranda Paper, kicked in another $10,000. The success of the fundraising campaign shows just how much can be achieved by a dedicated group of locals.

Her work will help determine the most effective form of bait eradication for yellow crazy ants.

As part of her research Lori’s team has been maintaining yellow crazy ant colonies in their lab in an attempt to discover more about the ant’s behaviour, particularly regarding queens.

They have found that worker ants can tend and raise queen larvae in queenless nests, something that has not been observed before.

This observation has big implications for the effectiveness of baits because killing the queen won’t cause colony collapse. A highly effective bait would need to disrupt the lifecycle of the ants by preventing new queens from reproducing.

Lori is also working with an international team to determine the genetically similarities between yellow crazy ants found at Kuranda, infestations of the ant at Edmonton south of Cairns and other populations around the world.

The genetic analysis could determine where the Australian infestations originated and help prevent new incursions.

Genetic analysis and comparison with other populations may bring to light more effective control techniques or behaviours specific to the Australian population or environment that could be used to eradicate them. 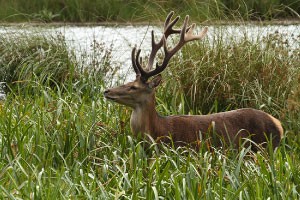