You are here: Home > Tell the Victorian government to strengthen its deer management strategy

The Victorian government has gone weak at the knees in its draft Deer Management Strategy, released for public comment for only a short period – until 29 October 2018.

Despite acknowledging that Victoria has a major growing feral deer problem, the strategy lacks ambition and relies primarily on existing programs and control by recreational hunters.

Victoria now has up to a million or more feral sambar, fallow, red and hog deer. Their numbers and distribution (particularly of sambar and fallow deer) are thought to have increased rapidly in recent years due to fire, urbanisation and deliberate releases by hunters.

Despite a growing recreational ‘harvest’ – with more than 100,000 deer killed in 2017 – recreational hunting has clearly failed to stop the spread and increase of deer. This is not surprising given the potential for sambar populations to increase by up to 55% and fallow deer by 45% (under ideal conditions). These biological realities mean that up to 40% of sambar populations and 34% of fallow deer populations must be removed every year to prevent growth, far more than are being killed by hunters (Hone et al. 2010).

The strategy acknowledges deer impacts on natural and agricultural systems through browsing and grazing, antler rubbing, trampling, trail creation and wallowing. More than 1000 Victorian plant and animal species are impacted by deer.

Apart from describing the problem, positive aspects of the strategy include preventing new species from establishing in Victoria and allowing public land managers to control deer where they are causing damage without needing a permit.

However, the strategy does not reflect the acknowledged gravity of the deer threat to the environment and farming businesses.

One of the main challenges is described as ‘containing deer to their current geographic range, where feasible’. Given that deer already occupy most of the state, this is a very weak ambition, implying acceptance of the current unacceptable status quo. The strategy describes increases in deer density in containment zones as ‘undesirable’, whereas protecting threatened species and ecological communities in many areas requires considerably lower densities.

While the strategy acknowledges that key environmental assets are threatened, it doesn’t identify those assets (including national and state parks, and threatened species and ecological communities) and provides no strategies to protect the more than 1000 species affected by deer.

Of great concern is that the strategy relies on existing control methods despite acknowledging their inadequacies. One of the highest priorities should be to develop more effective methods including humane species-specific baiting methods.

Much emphasis is given to the economic benefits of recreational hunting – a claimed $142 million a year – but there is no mention of the far greater costs to individuals and the community should feral deer populations not be reduced – the costs of damage to national parks and crops, traffic accidents, ruined revegetation projects, and protecting threatened species. 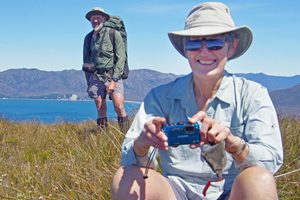