Can we turn the global plastics catastrophe into an environmental win? 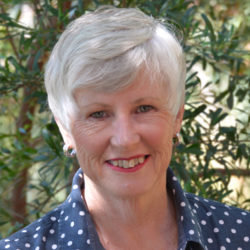 As ambassador for the Invasive Species Council I am on a mission. Mountains of recyclable plastic are piling up in Australia as Asian countries decide they no longer wish to be the world’s garbage dump.

My mission is to turn this growing waste crisis into an environmental and economic win by working towards a global ban on timber pallets in trade.

Timber pallets are a major pathway for dangerous invasive insects to travel around the world. More than 1.5 billion pallets are produced every year. We should replace them with recycled plastic pallets.

Replacing wood pallets and packaging with products made from recycled plastic would kill two birds with one stone, helping reduce the world’s growing pile of plastic waste while eliminating the risks of invasive insects like beetles and wasps invading new countries, where they can unleash untold environmental and agricultural damage.

The change should not drive the production of even more plastic products. Instead, it should create a waste-free industry, melting down and remoulding plastics that are already in the system. We should never have to use more than we have now.

How a steel box changed the world

What would you say if asked which technology most changed the world in the 20th century?

Few of us would say ‘the shipping container’. And yet it is right up there with the internet.

Shipping containers have revolutionised trade since the 1960s. Thanks to this humble metal container, people in Australia can easily and cheaply buy furniture from Scandinavia, slate from China, clothes made in Cambodia, wine from New Zealand, tomatoes from Italy – the list is endless.

But it has come at a cost. Shipping containers carry dangerous and unwanted hitchhikers across the globe. More than 700 million containers criss-cross the planet’s oceans every year – and any one of them could be a launching pad for an invasive animal ready to explore, and wreak, environmental destruction in a new land.

It is not only the containers themselves that carry dangerous hitchhikers, it is the wooden pallets inside them. These are a major pathway for insects that invade forests.

In the south-east England county of Kent the Asian longhorn beetle arrived in tunnels it had bored into wooden pallets carrying slate from China. The beetle quickly spread into surrounding trees, thousands of which had to be cut down and incinerated to contain the outbreak, which threatened England’s forests.

Five years later, in 2017, it was eradicated – one of the very few successful eradications. The United States is also attempting eradication. There, the beetle could kill 70 billion forest trees and destroy more than a third of the urban canopy cover.

In Australia an outbreak of the Asian longhorn beetle could devastate apple and pear plantations and maybe destroy forests (the likely effects on Australian native plants are not yet known). Infestations of the beetle can kill perfectly healthy trees. They can also cause serious damage to urban trees and timber structures in houses.

In a project primarily funded by the Ian Potter Foundation, the Invasive Species Council and the McGeoch Research Group of Monash University has set out to identify high-priority potential insect invaders to Australia that could harm the natural environment, and their likely impacts and pathways of arrival.

The project has already identified a number of ants, wasps and even a ladybird that could cause great harm to our natural environment if they breach our biosecurity and become established in Australia.

This is important work.

Replacing wooden pallets and other timber packaging used in the global shipping trade with recycled plastic products could eliminate the risk of an invasive insect entering, establishing and causing economic, environmental and agricultural havoc in a new land, including Australia.

And they could help solve our current plastics crisis. Are we up for the challenge?