You are here: Home > NSW baulks at protecting Alps from feral horses

Feral horse damage at Cowombat Flat, the source of the Murray Rv on the NSW-Victoria border. 1999 exclusion plot in background. Photo: D. Thompson.

The NSW government has stymied its prospects of protecting precious alpine habitats from feral horses by ruling out aerial shooting as a control method.

Three months out from the NSW state election in March, Environment Minister Rob Stokes and local member for Monaro, John Barilaro, jointly announced that the revised horse management plan for Kosciuszko National Park would no longer include aerial shooting (or brumby running) as an option.

This will remove the only option to prevent the increasing feral horse numbers and growing degradation in Kosciuszko National Park.

The latest count of feral horses in April and May 2014 in the Australian Alps found that horse numbers have increased in Kosciuszko National Park to 6,000, an almost 50% increase since the last count in 2009 of 4,200.[1] This translates to an annual growth rate of 17% (in ideal conditions, horse populations may naturally increase annually by 20%), despite over 2,000 horses removed by trapping and mustering in the same five-year period.

This shows that trapping and mustering, the only control methods currently used by NSW national parks service, are ineffective. For the two largest populations in the north and south east of the park, they have had only a marginal benefit in slowing population growth. These methods are also very expensive.

In 2000, the NSW government banned aerial culling in national parks after a media uproar over the shooting of 600 feral horses in a northern NSW national park. But in 2014, former NSW environment minister Robyn Parker said that all control options, including aerial shooting, were to be on the table as work on a new feral horse plan began. This important step forward recognised the growing problem and the ineffectiveness of all other control options.

In the Victorian part of the Alps, a 2012 estimate suggests there are close to 10,000 feral horses[2]. The results from the 2014 count are yet to be released. Parks Victoria is also developing a feral horse management plan, and while the process was initiated with a condition that ground and aerial shooting were not to be options, later in 2014 the environment minister decided to consider all control options. Following the November 2014 election of a Labor government in Victoria, we are still waiting to hear the position of the new government.

The RSPCA played an important role during the development of the Victorian feral horse plan in explaining the issue of horse welfare. In its submission, RSPCA Victoria stated, “We believe that the biggest issue in feral horse management is how stressed the horses become during control activities. In the absence of humane, effective, non-lethal alternatives, shooting, in some circumstances and when done properly, is generally the least stressful method of control”.[3]

The issue of animal welfare is important and complex and needs to be looked at broadly. Horses becoming highly stressed when trucked large distances to a knackery, and the welfare and survival of native animals such as wombats and wallabies that compete with horses for food and territory should also be considered. A confronting piece by Dr Don Driscoll of the ANU, The grim story of the Snowy Mountains’ cannibal horses, explains that matters of horse welfare are not what they may first appear.

A useful by-product of the latest feral horse aerial count is an estimate of 1,000 feral deer in Kosciuszko National Parks. Feral deer are a growing and largely neglected problem in eastern Australia. This is the first time we are aware of deer number having been systematically estimated over a large area in NSW.

While Alps horse numbers continue to grow, as they inevitably will while shooting is not used as a control method, the issue will continue to vex land managers, politicians and the broader community.

2 Responses to “NSW baulks at protecting Alps from feral horses” 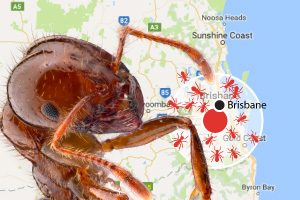