Solving the feral horse problem in Australia’s sensitive alpine area has been hamstrung by a fundamental clash of values. High emotions for an Australia icon confront conservation and hard reality.

There is a growing conservation and welfare crisis because of exponential population growth and an unwillingness by governments to act. It is far easier to do nothing and avoid offending those that love each and every horses than it is to explain to the broader population that cares about both horses and the natural environment the full story and what is needed to humanely solve the problem.

For every year of no action, the solution becomes harder and the suffering increases.

There are an estimated 400,000 feral horses in Australia – most in northern Australia, mainly in the Northern Territory and Queensland, and there are smaller populations across eastern Australia including a substantial population in the Australian Alps.

While there have been some moves to reduce horse populations in northern Australia, governments are utterly failing to address the problem in the Australian Alps.

Being heavy, hard-hooved animals, horses cause severe impacts, especially in alpine and subalpine areas.  They cause severe erosion and trample sensitive alpine vegetation, waterways and wetlands. They consume large amounts of plant material every day, much of it growing only in the short summer season, impacting on numbers of wombats, wallabies and other native herbivores[1]. With no natural predators, horse numbers can increase exponentially. Where conditions are optimal, horse numbers increase at 20% or more, meaning they can double in less than four years.

In the Australian Alps, where feral horses now number over 16,000[2], a recent report[3] estimated the “damage to be as bad as the worst historic grazing impacts to the high mountain catchments that triggered the 1940’s removal of stock grazing from Kosciuszko National Park”.

Attempts to reduce horse numbers by trapping have been ineffective. A trapping trial in operation for the last ten years has removed only about 200 horses a year, far short of the replacement rate. Despite the trapping, horse numbers have continued to increase at close to maximum rates.

Trapping is impossible where rough terrain prevents vehicle access. Ironically and sadly, the trapping program generally supported by those concerned for horses consigns these horses to more suffering and most are eventually killed.

The trapped horses are trucked long distances, a traumatising experience. Homes are found for 20-30%, but most end up at a knackery hundreds of kilometres away.

Managers of the Alpine National Park in Victoria and Kosciuszko National Park in NSW are caught in the middle. While they have a legal obligation to protect the natural values of the parks and the case for control is compelling, there is political reluctance to shoot horses, either on-ground or from the air.

The ‘Man from Snowy River’ has made cultural icons of feral horses, and some local advocates have objected to any horses being killed or removed from the park.

Aerial shooting is the only feasible and humane way to sufficiently reduce feral horse populations. Without it, horse numbers in the Australian Alps are set to hit 30,000 in 2016 and 80,000 in 2020 (see diagram).

The damage caused by this number of horses would be unimaginable: bushland would be trashed, native wildlife would suffer and die, many native plants would be grazed to extinction and hundreds of horses would die of starvation each year. By 2020, at least 8,000 horses a year[4] would need to be removed from the Alps just to halt further growth. It is hard to imagine how this could be done humanely for such large numbers.

Actual and estimated feral horse numbers in the Australian Alps from 2001 to 2020. ISC analysis based on Dawson 2009. 2012-2020 figures are estimates based on most recent population growth predictions. The halving of the population in 2003 was due to widespread bushfires during 2012-13 in the alpine region.

We must not let a romantic attachment to horses in the Victorian high country ruin our alpine parks.

The horse population in the Alps was probably only about 200 in 1890 when Banjo Patterson penned the fictional ‘Man from Snowy River’ poem.

While we have already reached crisis point in the Australian Alps, there is hope that good science and common sense may soon prevail. Over the last few years, land managers working closely with the RSPCA have refined aerial shooting techniques for the large-scale removal of horses and camels in northern Australia[5].

Animal welfare can now be better addressed with the close involvement of vets to monitor the shooting operation from a second observation helicopter.

They conduct immediate autopsies on a selection of horses to check that death is quick and suffering is minimised. The results have given us greater confidence that high welfare standards are being met.

Victoria is preparing a draft horse management plan for the Alpine National Park, where last year there was an estimated 9,718 feral horses[6], about half of the total Alps population.

Their process has been informative, clearly explaining to the public the problem facing park managers. Unfortunately the Victorian government is yet to set a population reduction target or rule in aerial shooting as an option, despite 40% of survey respondents supporting its use.

In NSW, where the national parks service has begun to review its ten-year old horse management plan that has failed to reduce horse numbers, the environment minister has said that all options are now on the table, including aerial shooting[7]. This is a major breakthrough.

We can be certain there will always be feral horses running wild in Australia as there is no hope of eradication. What is not certain is whether governments can move beyond their fear of media images of dead horses and whether they can be upfront with the public about the serious impacts of feral horses and the necessity for aerial shooting.

Aerial shooting is not the sinister solution that some like to suggest. We must accept shooting as a valid solution to a serious problem. A fondness for the horse should not paralyse sensible government policy-making and allow the trashing of our national parks and remote areas of Australia.

The 2014 survey used a different methodology compared to the 2001, 2003 and 2009 surveys, and was designed to improve the ‘accuracy and precision of population estimates’. The survey covered areas of known feral horse distribution on all public lands in the Australian Alps except two isolated populations in Victoria where population estimates using other methods were relatively good. This survey showed that the estimated feral horse numbers and their growth were lower than estimated in 2009. 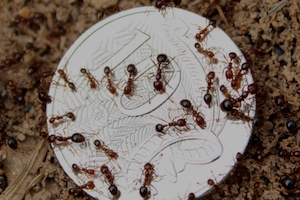