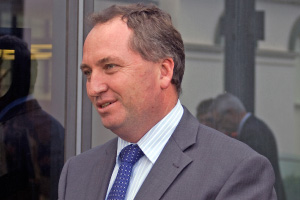 With the same fanfare as Labor in 2012, the coalition has just re-introduced the Biosecurity Bill, a rewrite of Australia’s quarantine laws, into Federal Parliament.

The legislation emerged from a major biosecurity inquiry[1] held after the 2008 equine influenza outbreak. The key finding of the inquiry was that much of biosecurity decision-making should be transferred from the agriculture department and minister to an independent biosecurity authority advised by an expert commission.

Too often, we have seen poor biosecurity decisions and poor preparedness due to trade and business pressures or simply disinterest in the case of the environment.

Despite the inquiry’s finding, the Biosecurity Bill advanced by Labor in 2012 maintained the status quo and was criticised by industry and conservation groups as lacking the hallmarks of good biosecurity legislation – independent, transparent and science-based decision making. We were asked to take government on trust that it would rigorously and objectively apply this powerful legislation to safeguard Australia from new pests, weeds and diseases from overseas.

These concerns meant that the legislation was delayed and not passed before the 2013 federal election. The Biosecurity Bill was left to a Coalition government to reintroduce.

The Liberal/National election platform included a commitment to make quarantine arrangements ‘better integrate science in quarantine decisions to minimise the risk of exotic pest and disease incursions’[2] so we were expecting the Biosecurity Bill to be improved.

Unfortunately, little has changed. While minor technical improvements were made, the 630-page bill is largely the 2012 version except for one key backward step. There is no longer any mention of the proposed Inspector-General of Biosecurity, planned in 2012 as an independent statutory officer to audit government biosecurity performance. The role is likely to continue, but it will rely on the referral of discretionary review powers to be held by the Minister for Agriculture.

The only remaining institutional change recommended by the 2008 inquiry to improve accountability has been quietly dropped.

Some good news for the environment

Before we detail the flaws of the legislation, credit must be given to the former and current governments for improvements that will be achieved by the Biosecurity Bill.

The inclusion of the Convention on Biological Diversity in the bill’s objects provides the direct legal basis for measures to prevent the establishment of invasive species that threaten ecosystems, habitats or species. This results in the environment being more overtly included in quarantine and biosecurity arrangements, despite its implementation by the Minister for Agriculture.

The regulation of ballast water discharges for all incoming shipping is a major advance. Other powers and tools such as control orders and biosecurity zones can be applied for environmental benefit.

Key concerns about the Biosecurity Bill

The Biosecurity Bill has a series of fundamental flaws.

The Senate has referred the Biosecurity Bill 2014 to the Rural and regional affairs and transport legislative committee, which will report back on the results of its inquiry by 17 March 2015. Debate on the bill will occur after this date. Submissions to the committee inquiry are due 16 Jan 2015 (check if you need an extension). 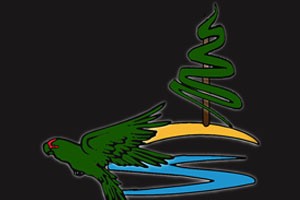