You are here: Home > Has the next cane toad just landed in Australia?

Six weeks ago a person living in a small town 15 kilometres northwest of Melbourne airport found a toad sitting in their dog’s waterbowl.

The toad looked suspiciously like a cane toad and so the resident quickly alerted authorities worried that their backyard had just become ground zero for a Victorian invasion of this deadly pest.

Instead what they had uncovered is potentially far worse. Sitting in their dog’s waterbowl was in fact an Asian black-spined toad, a species with all the insidious characteristics of its better known cousin the cane toad, but which has never before been found in Australia outside of a major port.

Just like the cane toad, the Asian black-spined toad has poison glands, eats a broad diet and is a prolific breeder – females can produce 40,000 eggs at a time. If it ever became established in Australia it would compete with native frogs, poison its predators and carry the potential to spread new parasites and diseases. 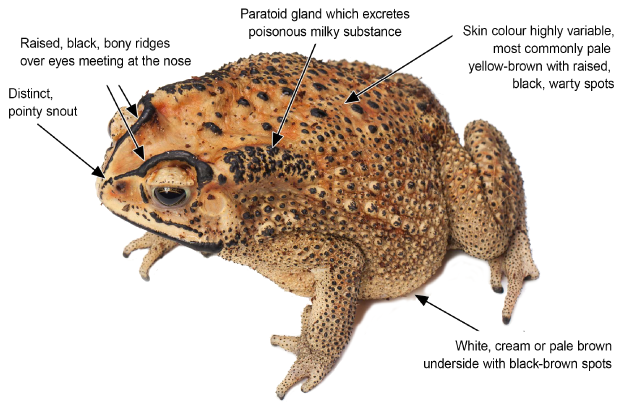 Biosecurity staff are now doing their best to find out if this is just a one-off Asian black-spined toad or if we have a major catastrophe on our hands.

Either way, we won’t know until after the next summer rains when the toad will become more active and easier to see and hear. And if biosecurity staff do find more Asian black-spined toads in Victoria there is no guarantee of success if an eradication program is needed.

Marked by short brown to black spines on its upper body and sides, the Asian black-spined toad is widespread throughout Southeast Asia, and a relatively recent arrival in East Timor and Papua New Guinea.

While it largely favours warmer climates, there are fears it would have an advantage over the cane toad by being able to survive and breed in the cooler southern states, including NSW, Victoria, southeast Western Australia and parts of South Australia.

Clearly this would be devastating for our wildlife, multiplying the destructive forces of the cane toad and opening up a southern invasion front for a second invasive toad.

Since our formation in 2002 the Invasive Species Council has been warning state and federal governments that Australia is not well prepared for new, devastating pest invasions and that we need urgent reforms to address these gaps.

Yet despite our warnings, mistake after mistake keeps occurring because governments are not properly investing in environmental biosecurity. Since 2002 myrtle rust, Asian honeybees, smooth newts, pigeon paramyxovirus and new incursions of red imported fire ants and yellow crazy ants are just some of the harmful organisms that have made it past our borders. This is a frightening failure rate.

We are now calling for a Senate inquiry to examine the causes of these failures and to measure Australia’s preparedness for new invasive species that could harm our natural environment.

Australia has a well funded biosecurity programs that protect our farmers from new agricultural pest invasions. A Parliamentary inquiry is needed to examine how environmental biosecurity could be boosted to a similar level of resources and planning.

Please help us achieve this inquiry.

About the Asian black-spined toad 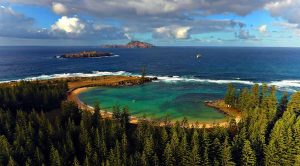