You are here: Home > Help save our island wildlife

Pinzón giant tortoises are hatching and thriving in the wild for the first time in 150 years thanks to the eradication of invasive rats from their Island home. Photo: Island Conservation

Islands play a vital role in the conservation of Australia’s native plants and animals. Around one-third of Australia’s threatened animal species call islands home and many island species are found nowhere else on Earth.

In some cases islands are the last refuge for species extinct on the Australian mainland. For marine turtles and seabirds, islands are essential to their existence.

To accelerate work in this area, the Invasive Species Council has forged an innovative new partnership with Island Conservation, the only global conservation organization whose sole mission is to prevent extinctions by removing invasive species from islands.

Island environments are especially vulnerable to invasive species.  Native wildlife can be harmed or driven to extinction by being eaten, having to compete for food or nesting places and by changes to the island’s plants and environments.

Invasive species can also reduce the ability of island environments to withstand the effects of climate change, and often cause problems for island people’s health and livelihoods.

Fortunately, the tools and techniques needed to eradicate or control invasive species and to prevent their spread are available. They have been successfully used hundreds of times in Australia and around the world. Now, with our new partnership we can accelerate the application of these conservation tools to the islands in our region.

Since their inception in 1994, Island Conservation has successfully eliminated pest animals on more than 50 islands, protecting 994 populations and 389 different native island species, including 57 seabird species.

For nearly 150 years invasive rats have devoured every single egg or hatchling of the pinzón giant tortoise on Pinzon Island in the Galápagos National Park, Ecuador.  This left an aging population of tortoises, which has only been sustained by an expensive captive breeding program since 1965.

In 2012 Island Conservation eradicated invasive rats from Pinzón Island, as a result pinzón giant tortoises are now hatching and then thriving in the wild!

Invasive rabbits were destroying vegetation, causing erosion and pushing sea birds like the vulnerable humbolt penguin1 and the endangered peruvian diving-petrel2 out of nesting burrows on Choros Island, Chile. Following a successful collaborative project by Island Conservation and local partners the Island was declared rabbit free in January 2015 and vegetation and sea bird colonies have started to recover.

The partnership was announced at the Island Arks Symposium on Norfolk Island 23-25th February 2016. 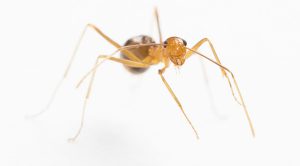