You are here: Home > Four in every five Australian threatened species imperilled by invaders

An analysis by 12 ecologists has found that invasive species are the most prevalent threat to Australia’s native plants and animals – impacting 1257 nationally listed threatened species, 82% of the total.

The European rabbit and the plant-killing Phytophthora cinnamomi threaten the most at-risk native plants and animals, and are just two of 267 invasive species (207 plants, 57 animals, 3 pathogens) listed as affecting nationally threatened species.

The researchers applied IUCN categories of threat, which do not include a specific ‘habitat loss’ category. It is likely that habitat loss and fragmentation threatens a similar proportion of nationally listed species, as was found in a 2011 paper by Megan Evans and colleagues.

It is no longer correct to say that habitat loss is the number one threat – both habitat loss and invasive species are mega-threats of a similar scale (as the Invasive Species Council has previously argued).

In the latest analysis, led by Stephen Kearney, ecosystem modifications due to altered fire and hydrological regimes were the second-most prevalent threat, affecting 74% of listed species, and agricultural activity was the third, affecting 57%.

The pattern of threats in Australia differs from that applying globally, where agriculture (74%), over-exploitation (71%) and urban development (34%) are the three leading threats.

Australia’s threat rankings are similar to those for islands, where ‘invasive species have been by far the main driver of extinction’. Australia’s susceptibility has likely been due to the long separation from other continents and evolution of species in isolation.

The paper, The threats to Australia’s imperilled species and implications for a national conservation response, has been published in Pacific Conservation Biology. 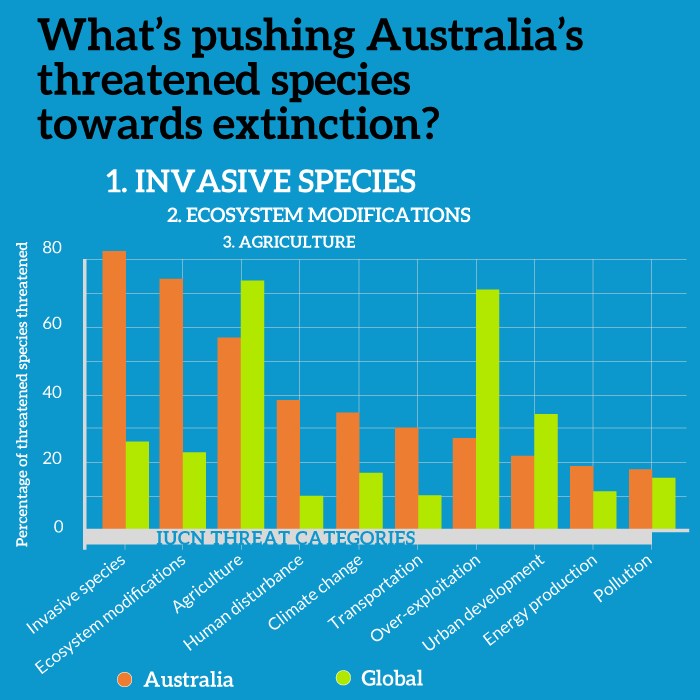 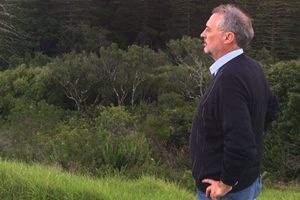