You are here: Home > Crazy decision to walk from crazy ant eradication in Queensland

We tend to excuse the long-past decisions that left us with nightmare invaders like rabbits, foxes, lantana and cane toads – people didn’t know any better or other values dominated those times.

How will future generations judge the recent decision of the Queensland Government to leave them the burden of invasive yellow crazy ants (Anoplolepis gracilipes)?

The government has abandoned an eradication program despite knowing the likely catastrophic consequences, despite the program’s feasibility and affordability, and despite their protestations that they value the natural environment. At the same time, they’ve substantially increased funding for wild dog control, a program for the commercial benefit of graziers.

Yellow crazy ants fit the stereotype of a rapacious marauding invader. On Christmas Island, they have killed tens of millions of the iconic (and ecologically important) red crabs and robber crabs. Prior to a multi-million dollar baiting program, they had invaded more than a quarter of the island’s rainforest, reaching densities of more than 2000 foraging ants a square metre and transforming the ecosystem. Where yellow crazy ants flourish, little else does. They can remove nearly all insect life, leaving none for other animals, and kill small animals such as lizards, crabs and bird chicks. They are on the World Conservation Union’s list of ‘100 of the World’s Worst Invasive Alien Species’.

Queensland’s Wet Tropics World Heritage Area is at grave risk, for the ants’ preferred habitat is moist lowland tropical forest. They have recently been found in Little Mulgrave National Park near Edmonton.  In July this year Wet Tropics Management Authority executive director Andrew Maclean expressed elation that the federal government had committed $268,000 to searches for invasive ants in the Wet Tropics, but this funding will now serve little purpose.

Yellow crazy ants demonstrate the power of numbers and the benefits of social cooperation. They are able to dominate large areas by forming super-colonies with multiple nests and multiple queens. The largest have up to 300 queens and extend over several hundred hectares. They spread by budding. A mated queen leaves her birth nest with some workers and sets up a new nest nearby. The boundary of a super-colony can advance by 3 metres a day.

Suspected to be native to South-East Asia, yellow crazy ants have spread across the world via traded goods. They have arrived in Queensland multiple times, mostly with timber supplies, and now exist in 21 sites, mostly near ports and timber yards.

The adults eat nectar and honeydew and feed their brood on animals killed or scavenged. They don’t sting but squirt formic acid, which blinds and debilitates their prey. Their great numbers allow them to overwhelm animals far exceeding them in size – crabs, lizards, bird chicks.

Although their preferred habitat is moist tropical forest they also live in the subtropics and in harsh, dry areas such as Arnhem Land. They invade horticultural plantations and urban areas.

Australia has seen how bad yellow crazy ants can get. An ‘invasional meltdown’ on Christmas Island triggered by crazy ants has resulted in a “rapid, catastrophic shift in the rain forest ecosystem”, as summarised by Dennis O’Dowd and co-researchers:

Yellow crazy ant impacts have varied, depending on their density and on the invaded ecosystem. The Queensland Government’s risk assessment says the impacts are hard to predict but are likely to result in “a general decline in biodiversity”. They can cause damage by killing animals, monopolising resources and compromising tree health by farming sap-sucking bugs.

Aggression and resource monopoly: Crazy ants are highly aggressive to other ants. Only two of 40 ants on Christmas Island are able to coexist with yellow crazy ants. In Hawaii, yellow crazy ants aggressively defend flowers from other nectar-eaters. Their large-scale removal of insects deprives other insect-eaters, such as lizards and birds, of food. Monopolization was noted at a site near Cairns.

Tree disease: Yellow crazy ants farm sap-sucking bugs for their honeydew (excreted sugary liquid) and protect them from predators. The build-up in bugs and sugar encourages the growth of sooty mould, which can severely compromise tree health and is sometimes fatal.

Yellow crazy ants also cause agricultural damage. They have killed young chickens and pigs. They reduce yields of coffee, coconut and sugarcane crops by nesting at the base of these plants and exposing the roots to disease, and promote sooty mould disease in fruit trees. On one of the Seychelles islands, the abundance of a sap-sucking insect associated with sooty mould on citrus and cinnamon increased up to 100-fold in the presence of yellow crazy ants, and up to 90 per cent of leaves were infected.

The ants are called ‘crazy’ because of their frenetic, erratic walk. The Queensland Government are the real crazies for walking away from the chance to eradicate crazy ants. As the Invasive Species Council said in its media release, this short-sighted budget-cutting will condemn future Queenslanders, including farmers, to much greater costs in the near future.

The meanness will also affect the tourism industry. The Queensland government has just announced it is cutting red-tape for ecotourism in national parks. Yellow crazy ant infestations in national parks are going to be terrible for ecotourism and costly to control. Their impacts are likely to be particularly severe in the iconic Wet Tropics and affect rainforest birds, a great tourism drawcard. Eradicating crazy ants would be a much better investment for ecotourism.

Eradication programs for two other invasive ants in Queensland – red imported fire ants and electric ants, which are economic, social and environmental threats – are nationally funded. For several years, the yellow crazy ant program has been the poverty-stricken cousin of these other programs, existing on scraps from the state budget. National funding is restricted to species that can be totally eradicated from Australia, and yellow crazy ants are not eradicable from Christmas Island and the Northern Territory. This is a short-sighted approach for a country of such vastness and ecosystem diversity.

The funding cut comes only weeks after the Queensland Government announced a funding boost in the program against wild dogs, including the employment of five extra wild dog officers. The obvious conclusion to draw is that government has shifted money from a major environmental threat to control of a grazing threat. Unlike yellow crazy ants, wild dogs cannot be eradicated and there are commercial incentives for landholders to invest in control.

This is a constant problem in biosecurity across Australia – when budgets are cut, the environmental programs go first.

The Queensland Government has said it is not feasible to eradicate yellow crazy ants but what they mean, and what their website says, is that eradication is not feasible with the insufficient funds previously allocated to the program. We understand it needs something like a million dollars annually. They could eradicate them if they thought they were a priority like wild dogs.

Crazy ants are ideal candidates for eradication because, unlike fire ants, the queens cannot fly. They spread by walking or by hitchhiking on vehicles or ships. Infestations are thus easy to delineate. Most of the Queensland infestations are small and confined to industrial precincts.

We are certain that if Queenslanders were asked, they would vote for eradication. We will seek to persuade both the Queensland and Federal Government that they should fund a fair dinkum eradication program.

If you agree with that, please send a message to the Queensland Premier (email thepremier@premiers.qld.gov.au) and the federal Environment Minister (email tony.burke.mp@environment.gov.au) asking them to jointly fund a multi-year eradication program. 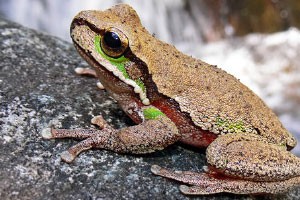