In one of the great ecological ironies, the loss of predators can disadvantage their prey species. Top predators are ecosystem shapers, exerting control over smaller predators and large herbivores.  Eliminate the top of the food chain and predators lower down may flourish to the greater detriment of prey species.

This is why some ecologists advocate returning the dingo to a pre-eminent place in Australian ecosystems. Chris Johnson and colleagues, for example, say [1]:

[T]he dingo is a keystone species protecting mammal biodiversity in Australia and is the most significant constraint on the destructive power of exotic predators. This means that positive management of dingoes should be seen as an essential element of biodiversity conservation in Australia and should be given very high priority.

Foxes and cats have contributed to the extinction of about 20 Australian mammals and threaten the existence of many more. They are mostly too widespread and costly or difficult to control. But in some areas where dingoes still reign, fox and cat numbers are low, offering the hope that conserving dingoes will save native wildlife. Dingoes may also help control feral goats and pigs.

Now our largest native warm-blooded predator on the mainland is the spotted-tailed quoll (Dasyurus maculatus), no more than 7 kg. The Tasmanian devil (Sarcophilus harrisii) is larger at 10 kg but extinct on the mainland. Quolls have largely been supplanted by the similar-sized feral cats (3 to 5 kg) and foxes (5 to 7 kg). The largest mammalian predators of all are dingoes (15 to 25 kg) and other wild dogs.

But dingoes are not beneficial everywhere and farmers mostly oppose a dingo revival. Resolving where and how dingoes are ecologically beneficial and how to protect farming interests are of vital importance for Australian conservation.

Dingoes (Canis lupus dingo) were introduced less than 5000 years ago by sea-farers from Southeast Asia. They are regarded by many Australians as an honorary native species to be protected, and by others as a pest to be eradicated. The Invasive Species Council does not regard them as a native species, but recognises the benefits they provide in many ecosystems.

Dingoes are generalist predators but prey mostly on mammals. They often live in packs, and hunt cooperatively to capture large prey – up to the size of buffalos. Dingoes probably wiped out or contributed to the extinction of mainland predators, the devils and thylacines ((Thylacinus cynocephalus) [3]. Now many ecologists regard them as an essential functional replacement for the similarly-sized thylacine (25 kg), which survived in Tasmania until European colonisation.

Dingoes are widely killed by farmers, particularly sheep farmers, and are rare or absent in about a third of the continent. In southeastern Australia most dingoes are probably hybrids with domestic dogs (Canis lupus familiaris) [4]. The effect of this on their ecological role is unknown.

The ecological value of dingoes is explained by the mesopredator release hypothesis, according to which elimination of an apex predator results in ‘release’ of mesopredators (middle-rank predators), which are normally suppressed by the larger predator due to direct killing, competition or by fear-induced behavioural changes that compromise success. The burgeoning of mesopredators causes decline of susceptible prey species. Even if both predators target some of the same prey, the total intensity of predation is reduced in the presence of the apex predator if it lives at lower densities than released mesopredators or is highly aggressive to them [5].

An invasive species example of mesopredator release is when cats are eradicated on islands and rats multiply to the even greater detriment of seabirds, as occurred on New Zealand’s Little Barrier Island [6].

The same process applies for herbivore release – when eradication of a predator permits the flourishing of herbivores that damage habitat. One example of this was when rabbits multiplied on Macquarie Island after eradication of cats, causing massive degradation [7]. National parks that lack dingoes can suffer depleted vegetation due to dense kangaroo populations.

So, threatened species can benefit from dingos in multiple ways: by suppression of cats and foxes that prey upon them, or by suppression of native and feral herbivores that graze down vegetation and expose them to predators or compete for food and shelter.

There is growing evidence for the benefits of dingoes, particularly in arid Australia. Much of it is correlative: there is an inverse relationship between dingo and fox abundance, a strong overlap between areas where marsupials have survived and where there are high-density dingo populations, and historical evidence that marsupial declines followed dingo suppression in some areas [1, 8, 9].

Dingoes kill foxes, without always eating them. All seven foxes released in a 37 km2 fenced area in arid South Australia were killed by two dingoes within 17 days [10]. Dingoes and foxes overlap in prey, so there is also likely to be competitive suppression of foxes. Despite the overlap, the overall predation pressure is likely to be less, for foxes are considerably more abundant. Foxes may be 20 times more populous in an area than dingoes, depending on rainfall, which overwhelms the roughly three-fold difference in body mass [5]. Foxes prefer smaller prey than dingoes, and thus are likely to be a greater threat to small mammals.

The abundance and persistence of threatened species such as the bilby (Macrotis lagotis), dusky hopping mouse (Notomys fuscus), yellow-footed rock-wallaby (Petrogale xanthopus), malleefowl (Leipoa ocellata) and kowari (Dasyuroides byrnei) have been associated positively with dingo abundance and negatively with fox abundance, although dingoes also prey upon them [9].  In one study, the endangered dusky hopping mouse occurred more in fox scats than dingo scats and was more likely to be preyed upon when dingoes were absent [11]. In one of two study periods, its numbers were 40-fold greater in the presence of dingoes than where dingos were absent. In a study of nest survival in short-necked turtles (Emydura macquarii) at sites on the Murray River without dingoes, foxes preyed upon 93% of nests, but no predation on a similar Emydura species was observed on Cooper Creek where dingoes were present [12].

The effect of dingoes, particularly in arid areas, has been summed up thus: generally, species weighing more than 100 kg are unaffected, species weighing 7 to 100 kg decline, species weighing 1 to 7 kg show context-dependent responses, and species weighing less than 1 kg typically benefit [9].  Dingoes may be particularly beneficial during dry conditions when resources are scarce and they rely more on large prey, and competition with and predation of mesopredators is intensified.  Conversely, their benefits may diminish after high rainfall when rates of plant growth and biomass are high [9]. The situation with dingoes and foxes in wetter regions is not clear, with some studies finding fox suppression and others not.

Dingoes can also benefit biodiversity by regulating feral (and native) populations of herbivores. There are suggestive correlations between dingo presence and absence of feral goats and pigs – there is little overlap in arid regions except where dingoes are scarce [9]. Dingoes may also suppress pig populations in northern Australia.

The relationship between cats and dingoes is not clear cut. Dingoes kill cats, sometimes eating them [9]. Two recent studies at multiple sites in northern and central Australia have found a negative correlation between cat and dingo activity [13, 14]. Other studies in arid areas have also reported negative associations, but some have found positive or no association [8]. Dingoes and foxes both prey on cats, so cat abundance is probably affected by interactions with both. Cats may benefit in some areas from dingo predation on foxes, and may be able to avoid dingoes in forested or rocky areas or by becoming more nocturnal.

Some biologists question the benefits of dingoes and claim they could be as harmful as foxes and cats for threatened species [15, 16]. Advantages and disadvantages are undoubtedly area- and context-dependent. For highly endangered species, for example, any level of predation can be threatening.

Before dingo protection can be confidently incorporated into conservation programs, important questions to address include the following by Mike Letnic and colleagues [9]:

Debate in the scientific literature about dingoes has been hotting up. This is welcome as an essential precondition to having the issue seriously considered in conservation policy circles. But the debate needs to go far beyond scientific journals – dingoes should be a hot topic for all with an interest in the future of Australian wildlife.

[3] Letnic M, Fillios M, Crowther M. 2012. Could direct killing by larger dingoes have caused the extinction of the thylacine from mainland Australia? PloS One 7(5): e34877.

[11] Letnic M, Dworjanyn S, 2011. Does a top predator reduce the predatory impact of an invasive mesopredator on an endangered rodent? Ecography 34: 827-835. 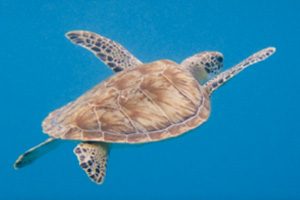