You are here: Home > Where has all our wildlife gone?

We’ve teamed up with Townsville City Council to help local communities eradicate yellow crazy ants. Our new community coordinator Yvette Williams meets the locals and comes to grips with the task ahead.

On a warm Saturday afternoon in Townsville, a small group of concerned citizens sit around a table overlooking the lake at Billabong Sanctuary discussing the impacts of yellow crazy ants on the surrounding area.

Dave tells me the bush on his property is eerily quiet these days. The wildlife has gone, even the green ants, and the only thing that seems to thrive are the daddy long leg spiders. Local bird breeders are reporting chicks being killed in their nests by yellow crazy ants, which spray formic acid into the chick’s eyes, leaving them defenceless to attack.

Yellow crazy ants are a recent arrival in Queensland. They were first detected in Cairns in 2001 and are thought to have arrived in sea cargo containing soil or mud.

They are a fearsome creature, and listed among the 100 worst invasive species in the world. They have a huge impact on our native wildlife, killing and consuming most other ants, insects, lizards, birds and small mammals. They thrive in Queensland’s warm, humid tropics.

Yellow crazy ants have been present in Nome, just south of Townsville, since 2008. The ants had not only infested local bushland but were invading people’s homes. Nome lies close to the Mt Elliot section of Bowling Green Bay National Park, which is home to many threatened species, including northern quolls, the black-throated finch and Mount Elliot mulch-skink.

Over the past six months Townsville City Council has baited and surveyed crazy ants in the Nome area and the numbers are dropping, but the work has only just begun. Over the next two years the project will need more people on the ground carrying out follow-up baiting, surveying and monitoring if we are to successfully eradicate yellow crazy ants from the area.

The size of the Nome infestation and the number of small properties that exist within the suburb means baiting and surveying must be done on foot. Local council worker, Norm Lees, is leading the eradication effort and knows what’s needed to succeed.

“We cannot accidently miss or leave one area untreated or it will need to start all over again,” he tells me.

Over the next year my key task is to establish a Townsville Yellow Crazy Ant Community Taskforce and recruit volunteers from the local community to help survey, bait and ultimately eradiate yellow crazy ants.

It’s a daunting task, but helping local communities fight back against pest species is one close to my heart. I grew up on Norfolk Island and watched as feral rabbits stripped back vegetation to bare dirt on nearby offshore Islands.

I’ve climbed Mt Elliot in Bowling Green Bay National Park a few times now hoping to catch a glimpse of some of the wildlife that can be found nowhere else in the world, including the Mount Elliot nursery frog and the Mount Elliot leaf-tailed gecko.

Some of these species have survived here for more than 10 million years. We cannot lose them for any reason, especially invasive ants.

If Kuranda can, Nome can

This story has happened before. A 30-hectare infestation of yellow crazy ants had established near Kuranda, close to the Wet Tropics World Heritage Area, but with the help of Kuranda Envirocare and the Kuranda Yellow Crazy Ant Community Taskforce the infestation is now close to being eradicated.

Kuranda showed us that a community committed to eradicating yellow crazy ants can be successful. We’re adopting the same model for our Townsville efforts. 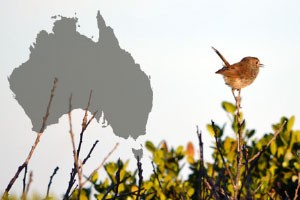