You are here: Home > When hunting works for feral animal control

While the NSW Game Council markets a phony version of feral animal control by claiming that every rabbit, fox or pig killed by a hunter is a conservation win, some shooters are genuine ‘voluntary conservation hunters’.

The Invasive Species Council opposes the recent move by the NSW Government to allow hunting in national parks because ad hoc killing by untested amateurs does not equate to effective, humane and safe feral animal control. But some hunters understand what feral animal control requires, and are focused on defined conservation goals.

The first objective of a division of the Sporting Shooters Association known as Conservation and Wildlife Management (CWM) is “identify, maintain, protect and restore biotic communities”. Some of the state branches are striving to deliver on this.

The South Australian branch has participated in the successful Bounceback program, a long-term, landscape-scale program using multiple methods to protect the Flinders, Olary and Gawler Ranges in South Australia from feral animals and weeds, and restore biodiversity.

These projects exemplify the differences between outcome-focused feral animal control and ad hoc recreational killing, outlined in the table below. The approach of CWM Qld is to initially carry out a property assessment and formulate an “integrated pest management plan” in cooperation with land managers.  Volunteer teams are then allocated to implement the plan. All members must pass accreditation courses, which include bushcraft skills and high level marksmanship. They also do trapping, scientific data collection, animal and plant surveys, flood recovery clean up and general assistance for property owners.

In sum, skilled recreational shooters can contribute to feral animal control in the following circumstances:

In contrast to the Game Council, CWM groups seem to recognise the limitations of shooting and the need to integrate it with other methods. As the website of the South Australian branch says, “The solution [for feral animal control] is not simple, cheap, small scale or quick to achieve.”

These hunters striving for genuine conservation outcomes must surely be irked when the hunting lobby uses their work to claim credit for other hunters who do nothing for conservation.

2 Responses to “When hunting works for feral animal control” 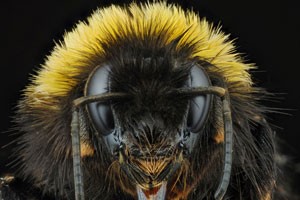