You are here: Home > US songbirds decline as deer populations rise

Songbirds in North America need wolves and cougars. In the ecological equivalent of ‘the enemy of my enemy is my friend’, songbirds benefit from large predators that kill deer that eat out their understorey habitat.

In their paper Declining woodland birds in North America: should we blame Bambi?, Simon Chollet and Jean-Louis Martin trace the links between burgeoning deer populations and declines in birds dependent on forest understorey for nesting or foraging.

Since the early 1900s, deer have increased in the US by an estimated 100-fold – from about 300,000 to 30 million. They have benefited from eradication of their predators, favourable hunting regulations, forest fragmentation, access to rich forage in fields and, more recently, climate change. In many places, deer populations have reached historic highs.

Several studies have shown local bird declines due to rising populations of white-tailed (Odocoileus virginianus) and mule (Odocoileus hemionus) deer. From these studies Chollet and Martin identified 19 nationally declining species shown to be sensitive to deer impacts at a local scale and 10 nationally declining species tolerant of deer. Using bird and deer abundance data, they found that where deer were most abundant, a higher proportion of deer-sensitive bird species had declined over the past 40 years. The other declining bird species did not show any trend correlated with deer density.

This continental-scale evidence implicates deer as a substantial threat to understorey-dependent forest songbirds.

Despite the popularity of hunting in the US, hunters have failed to check deer increases and often oppose professional programs to control damaging deer populations. They have also hunted out natural predators of deer in many areas.

The authors expect that the trend of rising deer numbers will continue because hunter numbers are decreasing. The recent spread of chronic wasting disease in US deer (an infection similar to mad cow disease, caused by a prion) is likely to further reduce the popularity of hunting, although the disease has not been detected in humans.

For several years, ISC has been lobbying to have feral deer managed as a major threat to biodiversity in Australia instead of protected for hunting. As in the US, deer managed for hunting in Australia are increasingly causing environmental degradation and species decline. Damage to understorey plants is likely to have a similar effect on many birds and mammals in Australia. 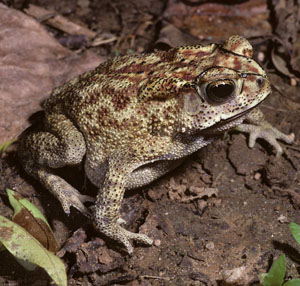