Remote area volunteers can spend up to three weeks tackling weeding out sea spurge along the coastline of Tasmania’s Wilderness World Heritage Area.

They call themselves Sea Spurge Remote Area Teams – SPRATS for short – and since 2007 they’ve been at the cutting-edge of what’s being coined ‘adventure conservation’.

For some this means paddling remote rivers looking for blackberry infestations to destroy, but for this group of hardy souls the mission is to rid Tasmania’s wild and rugged southwest coast of the invasive weeds sea spurge and marram grass.

First discovered in northeast Tasmania in 1980 sea spurge also turned up on the island’s more rugged northwest and west coasts. The weed produces buoyant seeds that can survive floating on ocean currents for several years – once the seeds reach landfall they can quickly colonise remote and pristine beaches.

The adventure conservationists had their work cut out, their target area covered 600km of remote, mostly World Heritage Area coastline stretching from Cape Sorell near Strahan south to Cockle Creek, the end of the line for Tasmania’s world-famous South Coast Track.

The remote area volunteers are dropped in by chopper, boat or fixed-wing aircraft, depending on which part of the coast they are targeting.

Trips vary from eight days to three weeks. On the longer hauls food drops are used so that the volunteers only have to carry one week’s worth of supplies, they also have to bring their own hiking and camping gear.

A typical day includes four to six hours of weeding, with the rest of the time left for birdwatching, snorkelling, exploring or just relaxing. Some of this coastline is rarely visited by other bushwalkers and volunteers get a true sense of being deep in Tasmania’s wilderness. 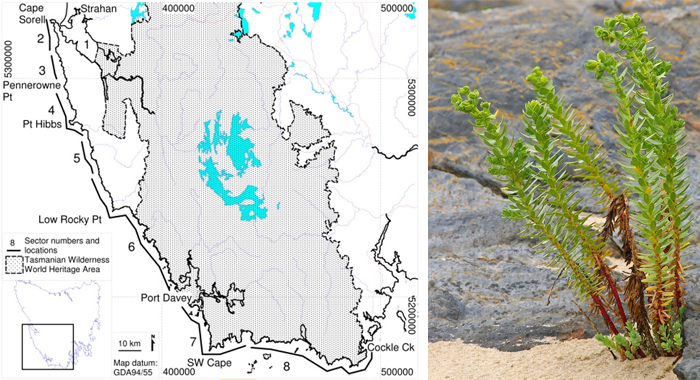 Over the past ten years remote area volunteers have covered a huge amount of ground in their mission to eradicate sea spurge, from Cape Sorell all the way south to Cockle Creek.

The costs to government for such a huge and remote undertaking would have been enormous, but by harnessing the energy and commitment of volunteers who want to do their bit for the environment while travelling through some truly beautiful and wild country SPRATS has managed to achieve some extraordinary accomplishments.

Over the past decade they have managed to reduce the number of sea spurge plants from one-fifth of Tasmania’s coastline by more than 99%. Detailed geo-referenced record keeping, crucial to showing government agencies the worth of the project, shows they’ve weeded more than 14 million sea spurge plants and put in 5951 full days work.

By empowering bushwalking volunteers keen on an adventure holiday that also pays off for the environment SPRATS has turned $223,000 worth of state and federal government grants into $1.4 million worth of volunteer labour.

Estimating the reduction in marram grass has been more difficult but it is believed clumps have been reduced by over 95%.

Despite its success the group still has plenty of follow-up work to keep volunteers busy. Sea spurge seeds are believed to survive in the sand for up to 10 years, so the weed sites will need to be hit for a few more years and then every two to three years until the seed banks are fully exhausted.

There are plenty of opportunities to get involved in adventure conservation in Tasmania. The WILDCARE website has a great calendar of events. 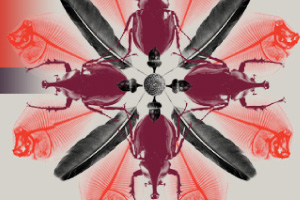