You are here: Home > NSW told to keep an eye on the future A new approach to red-eared slider turtles was one of the recommendations made by the Invasive Species Council in a joint submission to the NSW government about pest animal management in the state. Photo: Benjamin Lewis, Flickr, CC licence 2.0

The need for a greater focus on preventing new threats and eradicating new and emerging pest animals were key messages in our recent submission to the NSW Natural Resources Commission, written in partnership with BirdLife Australia and the Nature Conservation Council of NSW.

In particular we argued that strategic planning and the management of pest animals in NSW must consider future threats as well as current known threats.

The state also needs to increase its preparedness and ability to respond to pest animals that threaten the environment, not just those posing a risk to agriculture, which has traditionally been far better resourced.

The need for prevention and early eradication of pests was also supported by submissions from Landcare, the National Parks Association of NSW, the Fauna Research Alliance and the Fisheries Scientific Committee.

More than 170 submissions were made and of the 148 submissions publicly available most focused on established pest animals.

Given the effectiveness of preventing new pests and eradicating them at early stages of invasion rather than dealing with ongoing problems once pest animals are established, the voice of the Invasive Species Council, our partners and supporters was incredibly important in this review.

The submission is one of the many ways that the Invasive Species Council is working proactively to improve biosecurity arrangements throughout Australia.

The Commission will release a draft report in March 2016 followed by further public consultation. The final report is due for release by the end of June 2016.

We will continue to take part in the review, advocating for a holistic and integrated approach to pest management, concentrating on the importance of prevention and containment and addressing environmental threats. 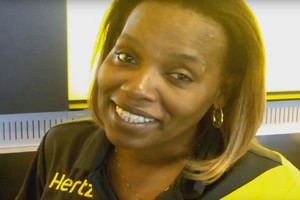