You are here: Home > Land clearing versus invasive species: Which is the biggest threat?

Land clearing in Queensland from 2013 to 2015 was estimated in a WWF report to kill 2.6 million birds a year. This is a shocking number, but even more shocking is that cats kill more birds than this in just three days. Photo: Mark Marathon | CC BY-SA 4.0

Land clearing is a scourge on this land but invasive species are just as big a threat to Australian wildlife.

Two recent popular articles have downplayed the threat of invasive species. They were penned in response to the now-former Threatened Species Commissioner, Gregory Andrews, downplaying the threat of land clearing. In an interview on ABC Radio National, Andrews claimed feral cats were a far greater threat than land clearing.

He was wrong; perhaps he was confusing the threats to mammals (for whom cats are the major threat) with threats to all species.

In response, The Conversation featured an article by ecologists Brendan Wintle and Sarah Bekessy arguing land clearing is a bigger threat to plants and animals than invasive species (1) and New Matilda published an article by Suzanne Milthorpe entitled It’s the Habitat Destruction, Stupid. (2)

We at the Invasive Species Council think it is wrong to downplay either threat. Each has caused dozens of extinctions and imperils hundreds more Australian species.

The rising rates of land clearing in Queensland and New South Wales are a national disgrace, but so too are the failures of biosecurity that have enabled recent establishment of the likes of myrtle rust, yellow crazy ants and red fire ants as well as the continued spread of many other harmful invaders.

Bulldoze trees, and you wipe out plants and animals. Introduce a new predator, competitor or disease, or let a weed take over, and you can just as effectively push species to extinction.

As documented below, invasive species have been overwhelmingly the major cause of animal extinctions in Australia – primarily responsible for at least three-quarters of mammal extinctions, half the bird losses and all frog and reptile losses – while habitat destruction has been the main cause of plant extinctions.

Current threats are more difficult to count – threatened species are typically subject to multiple pressures. According to a 2011 assessment (by Megan Evans and six colleagues) of about 1300 species on the national threatened species list, habitat loss (which includes livestock grazing) is a major threat for 81% and invasive species for up to three-quarters of listed species. (3)

We can’t be precise about the figure for invasive species because the researchers distinguished between ‘Introduced plants or animals’ (61%) and ‘diseases’ (15%), most of which are introduced, and there is likely to be some overlap in the species they affect, which would lead to double counting. Inappropriate fire regimes are a third major threat, affecting 43% of listed species.

Patterns of decline vary. Across Australia’s northern savannas and the deserts, where land clearing has been minimal, invasive species and fire are the main threats. Where substantial clearing and logging have occurred – across the southwest and the southeast, in populated coastal areas, in some grazing areas and on islands – habitat loss and invasive species are typically the major threats. The major threat for marine species has been over-exploitation.

According to The Action Plan for Australian Mammals 2012, invasive species – mainly cats and foxes – were the primary cause of extinction for 22 species, and a probable or possible factor for five others. (5) Habitat loss was the main cause of extinction of only one species, the toolache wallaby. Habitat degradation caused by livestock and feral herbivores such as rabbits is likely to have contributed to some extinctions. For current threats, feral cats are the leading problem and red foxes are third, after inappropriate fire regimes. Habitat loss is fourth.

Seven bird species are listed as extinct under the EPBC Act (13 subspecies are also listed). Most are island birds, and invasive predators, particularly black rats, are thought to have been the main cause of extinction of four species. According to the 2011 Evans study mentioned above, 87% of listed birds are threatened by habitat loss and 81% by introduced plants and animals.

Land clearing in Queensland from 2013 to 2015 was estimated in a WWF report to have killed 2.6 million birds a year. (6) This is a shocking number, but even more shocking is that cats kill more birds than this in just three days. A 2017 assessment by John Woinarski and colleagues found that cats kill some 377 million birds a year in Australia, including those of 71 threatened species. (7) The rate is highest in arid Australia (uncleared) and on islands.

The EPBC Act lists four frogs as extinct, most likely due to the disease caused by chytrid fungus. An additional two species are also feared extinct due to this fungus, which arrived in Australia no earlier than 1978. According to the Evans study, habitat loss threatens 73% of listed frogs, disease threatens 73% and introduced plants and animals threaten 86%.

No species are listed as extinct, but three lizard species (possibly four) have recently been lost from Christmas Island (two species survive in captivity), probably due to introduced predators, mostly wolf snakes but also cats, black rats and Asian giant centipedes. As noted in the Invasive Species Council report, these lizards all disappeared from a large national park, ‘a graphic example of how habitat protection does not guarantee species survival if invasive species run free.’ According to the Evans study, 92% of listed species are threatened by habitat loss and 71% by introduced plants or animals.

Australia’s one extinct-in-the-wild fish, the Pedder galaxias, was lost to invasive brown trout and another galaxias, which invaded after the drowning of Lake Pedder, but the species was saved by translocation to other sites. According to the Evans study, 80% of listed fishes are threatened by habitat loss, 67% by introduced plants or animals and 7% by disease.

Under the EPBC Act, 37 plant species are listed as extinct. For 33 of these, the causes of extinction are not specified, but the main reason is likely to have been habitat loss. According to the Evans study, habitat loss is a major threat to 80% of the assessed species and introduced species plus diseases to 70%. A 2007 assessment of the ‘threat syndromes’ of Australian plants (by Mark Burgman and others) found that habitat loss was overwhelmingly the main threat to plants in the past but that species numbers threatened by weeds, disease and feral grazers have escalated in recent times to rival numbers affected by clearing.(8) The recent arrival of myrtle rust in Australia and a growing list of emerging pathogens overseas imply the disease threat will be much greater in future.

Australia can easily stop broadscale clearing, but preventing new invasive species and controlling the existing ones is much harder and far more expensive. 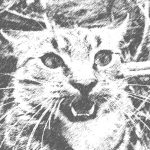 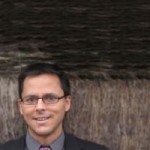 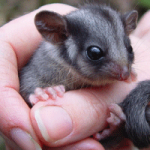 2 Responses to “Land clearing versus invasive species: Which is the biggest threat?” 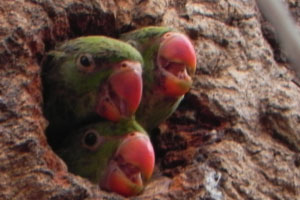