A snapshot of our work

Australia is in the throes of ecological upheaval and our unique wildlife and wild places are in ever-growing peril. In post-bushfire landscapes the omnipresent, creeping impacts of climate change have increased the risks to nature from invasive species. The threats are growing, but the solutions have not been keeping pace. This is why the Invasive Species Council exists. We are leading community efforts to strengthen Australia’s national biosecurity system to better protect Australia’s natural environment from these invaders. 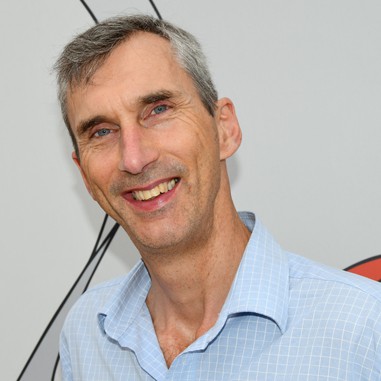 A snapshot of our work

Australia is in the throes of ecological upheaval and our unique wildlife and wild places are in ever-growing peril. In post-bushfire landscapes the omnipresent, creeping impacts of climate change have increased the risks to nature from invasive species. The threats are growing, but the solutions have not been keeping pace. This is why the Invasive Species Council exists. We are leading community efforts to strengthen Australia’s national biosecurity system to better protect Australia’s natural environment from these invaders.

Invasive species: What is the issue? 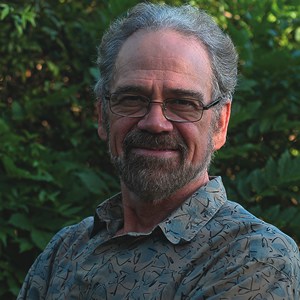 Australia’s extinction record makes that clear. According to a 2019 journal article, 15 animals have been lost since 1960 and 12 of those extinctions can be blamed mainly on invasive animals and pathogens. The invasive species responsible include wolf snakes, chytrid fungus, foxes and cats.

That article was produced by the Threatened Species Recovery Hub, a consortium of universities and other bodies coordinating research in this area. It reviewed all of Australia’s animal and plant extinctions since European arrival to conclude that 43 extinctions were caused mainly by invasive species (including diseases), 31 by habitat loss, and 10 by all other impacts combined.

Extinctions are only one form of loss. Wherever invasive species swamp landscapes we lose something of the very essence of Australia.

The waters between Tasmania and Sydney now have stretches of seafloor dominated by New Zealand screw shells (Maoricolpus roseus) living at densities of up to several hundred per square metre, at depths of up to 80 metres.

Invasive ants, including yellow crazy ants in the Wet Tropics, are forming vast super colonies in which they eliminate other insects.

Weeds dominate vast areas, including mimosa, a prickly invasive shrub now in possession of more than 140,000 hectares of grasslands and wetlands on 15 river systems and 3 islands. Four rangers are employed in Kakadu National Park to keep it out. Other weeds include invasive pasture grasses fuelling hotter fires that by killing trees in many places are worsening the impacts of climate change.

As you can see, the continued impacts of invasive species are devastating and the work to tackle this issue is huge. That why the Invasive Species Council was founded by myself and 7 others in 2002. The organisation is determined to lessen the impact of these invaders, and couldn’t do this work without its dedicated supporters. Thank you so much for being an important part of our community, fighting for our wonderful, unique country.

To explain how the issue of invasive species can be tackled effectively, the Invasive Species Council uses the invasion curve – a graph of the invasion process depicting the rising harm and costs as an exotic species becomes established and spreads within its new environment.

After a new species establishes, there may be a period of days, months or even decades during which it is possible to eradicate it – before it becomes too widespread. If a species can’t be totally removed, it may still be possible to contain it, to prevent it spreading to the rest of its potential habitat across Australia.

Invasive species is a wicked problem. Here are some of the urgent projects we have been working on recently that speak to each stage of this invasion curve:

Yellow crazy ants are one of the world’s worst invasive species — they do not bite, but spray formic acid to blind and kill their prey. Once the ants reach super colony levels they can become a severe threat to people, especially children and the elderly, as well as pets. They can damage household electrical appliances and wiring.

Funded by the John T Reid Charitable Trusts and a Queensland Government sustainability grant, the Invasive Species Council provided two part-time staff to bolster control efforts by the Townville City Council. From June 2018 to December 2020 our team – together with a dedicated group of volunteers – undertook regular ant treatment and monitoring at Nome and other sites. 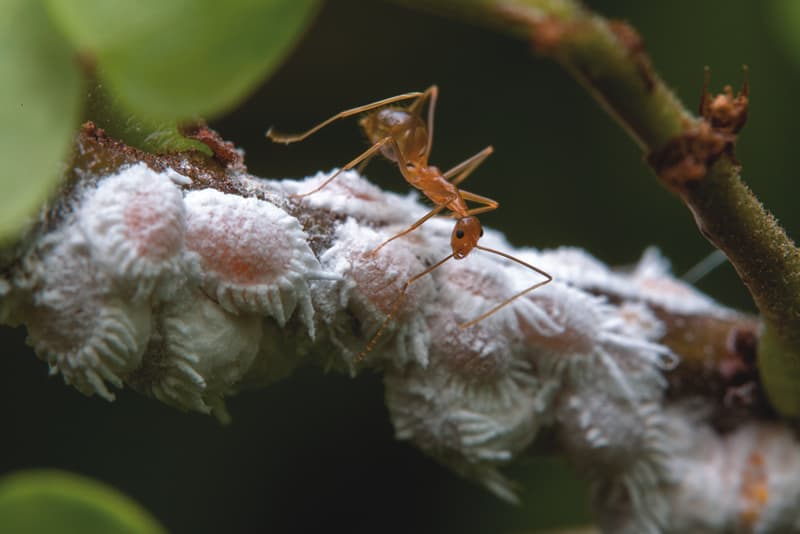 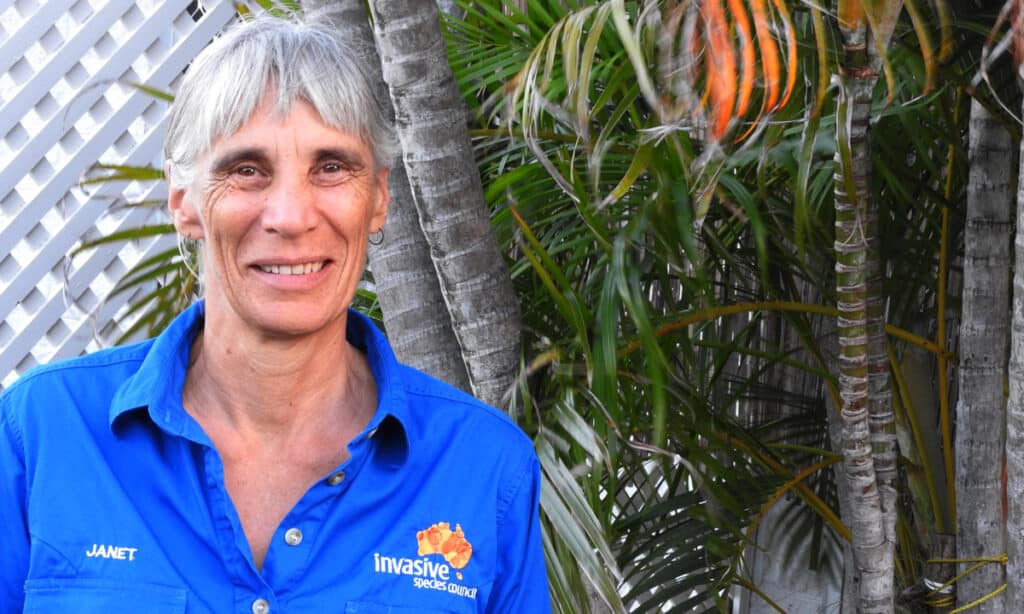 “Initially the ants were everywhere,” our assistant community coordinator Janet Cross remembers. “They were injuring – and sometimes even killing – animals like kangaroos, dogs and chooks.”

The good news is that ongoing monitoring indicates the ants have been eliminated from Nome. This shows that with the right resources, techniques, partnerships and commitment, these ants can be defeated. The bad news is that there are still several nearby infestations, at Douglas, Mount St John, Black River and Alligator Creek. And while the Townsville City Council continues monitoring and treating the outbreaks, they have only a limited budget for a relentless task.
Read the full story

In 2013 Australia’s governments decided they would not attempt to eradicate smooth newts, which had recently established in waterways in Melbourne’s south-eastern waterways, probably after being abandoned as an illegal pet. In failing to take action, our governments were embarking on a dangerous ecological experiment – allowing salamanders, a completely new order of amphibians to this country, to remain in the wild and spread.

Because smooth newts are so different from anything Australian species have encountered before, the potential impacts are hard to predict. But the fact that smooth newts are prolific breeders, have a broad diet and can inhabit many types of habitats is a great cause for concern. They are likely to compete for food and habitat with native frogs and fish, and are potentially carriers of chytrid fungus, which has decimated frog populations in Australia. 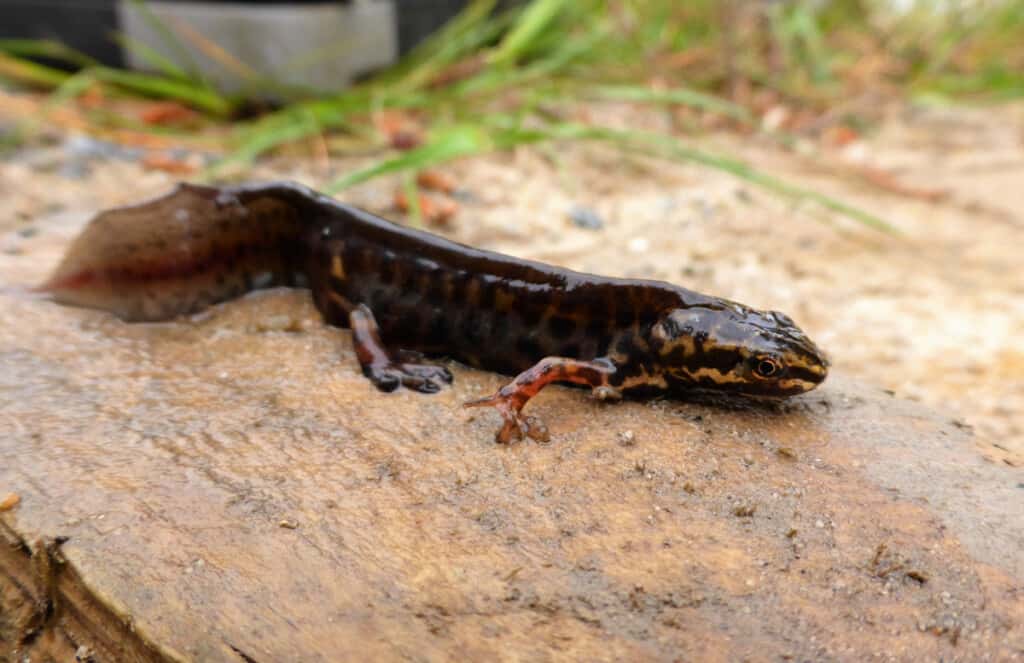 Given the ecological risks, the Invasive Species Council, with pro-bono assistance from ecological consultancy, Ecology Australia, undertook surveys in the spring 2016 breeding season and determined that the smooth newt was still persisting and breeding in suburban Melbourne but had not yet spread widely. With funding from the Lord Mayor’s Charitable Foundation, the Helen Macpherson Smith Charitable Trusts and Melbourne Water, in 2019 we teamed up with Monash University to conduct a full environmental DNA survey of the waterways over a large area to narrow down the area occupied by the smooth newt. This work confirmed that the newt’s spread has been limited. They occupy an area of only about 6 km2 and eradication may still be possible. The Monash team is now undertaking a small-scale trial of control methods to work out how best to achieve eradication.
Read the full story

Feral deer have been increasing in population and spread at alarming rates in Tasmania, with numbers likely approaching 100,000 towards the end of 2021 and covering 27 per cent of the state. These plagues have major impacts on the natural environment through destroying native vegetation, trampling plants, grazing and ring-barking young trees, fouling waterholes and increasing potential for transmitting diseases such as foot-and-mouth disease.
The Invasive Species Council teamed up with the Bob Brown Foundation to develop the way forward for the Tasmanian Government, which has been reluctant to act to control exploding feral deer populations and stop the spread of deer into the Tasmanian Wilderness World Heritage Area and other special places. 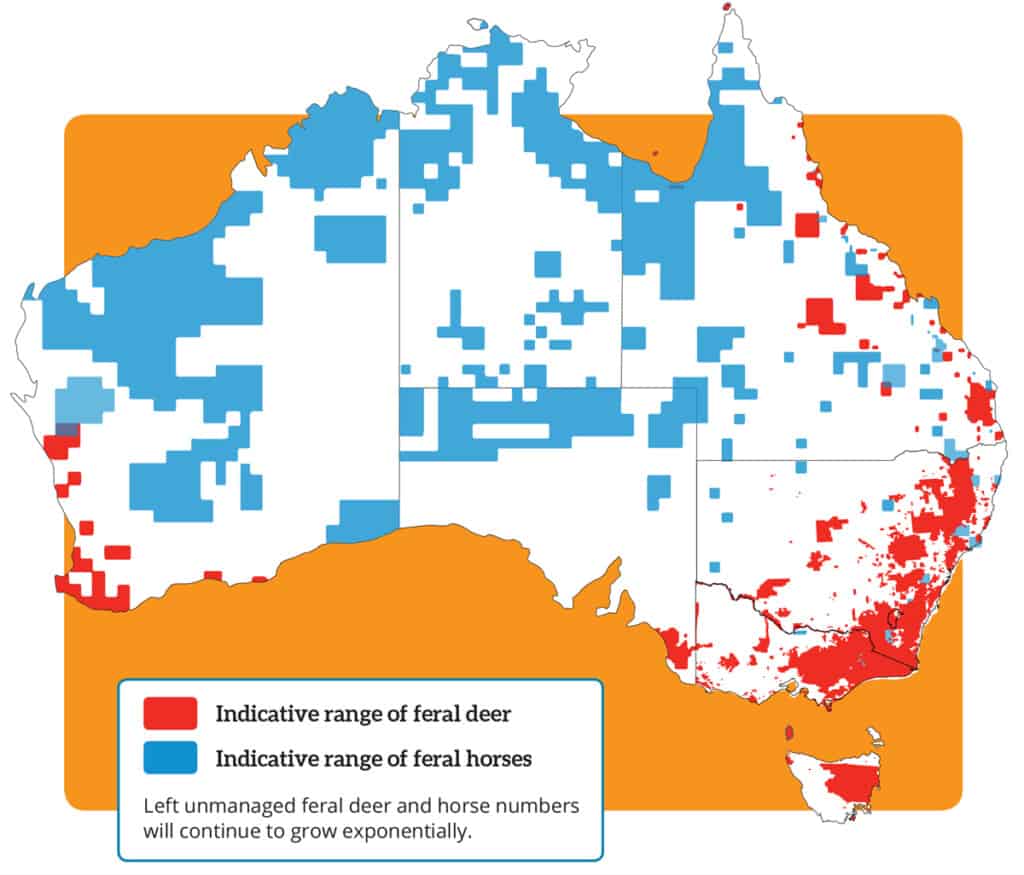 Our landmark report, Feral Deer Control: A Strategy for Tasmania, was released in August 2021 and identifies a clear pathway for how Tasmania can apply a biosecurity-focused approach to the management of feral deer and provides steps to remove deer from all but the traditional deer range where they were found many decades before.

In November 2021, due to our strategy and resulting pressure, the Tasmanian Government released its own draft deer management plan. While this plan set aside areas for deer eradication and acknowledged that this issue cannot be managed by hunters alone, it falls well short of solving this issue – having no mention of environmental impact, no targets, no measurements, no timeline and no budget commitment. Most disturbing, it endorses the retention of feral deer in the Tasmanian Wilderness World Heritage Area.

At least 33 Australian mammal species are extinct – the worst mammal extinction record in the world – 24 mainly because of feral cats and foxes. And they continue to imperil hundreds of other native species. After the 2020 bushfires, organisations including the Invasive Species Council called for a concerted focus on feral animal control. 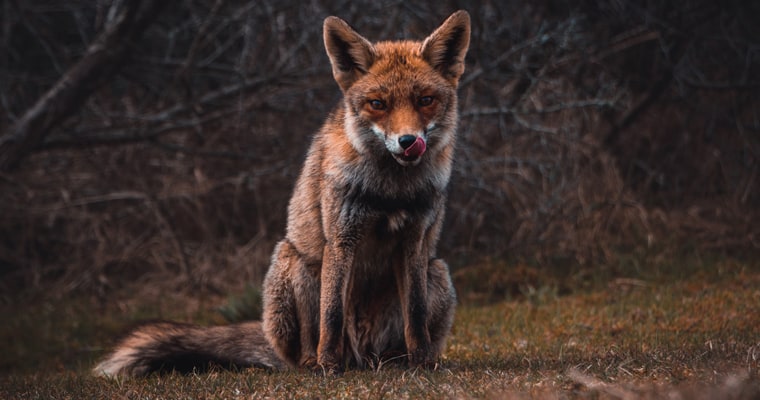 In mid-2021, a national feral cat and fox coordinator was appointed to help drive cat and fox control action in bushfire affected areas. 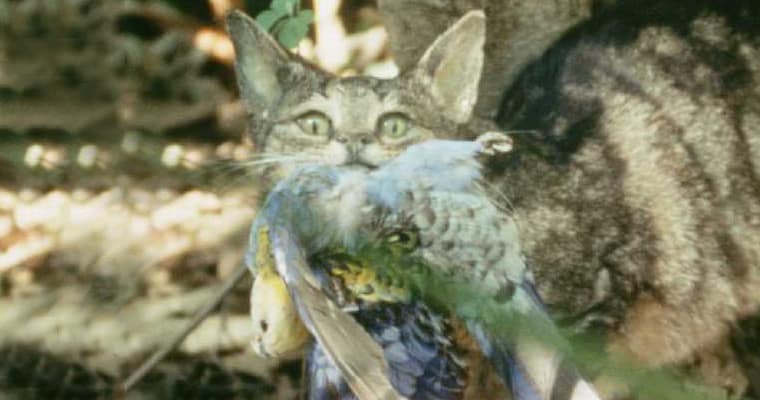 Since 2013 the Invasive Species Council has been a member of the national feral cat taskforce, overseeing threat abatement action on feral cats. The focus on feral cats has mobilised effort across the country, resulted in new control tools and shifted the national debate so that the general public now better accepts the need to control feral and domestic cats.

We have worked with several of Australia’s leading researchers to identify ways to better protect threatened species from feral cats and foxes:

Over two years, we worked with local and mainland experts to create digital maps of what Norfolk Island’s forests, woodlands and grasslands looked like before Europeans arrived on the island and what that landscape looks like now.

These new maps will play a vital role in helping the island community restore its rich natural heritage and secure a future for many threatened native plants and animals. 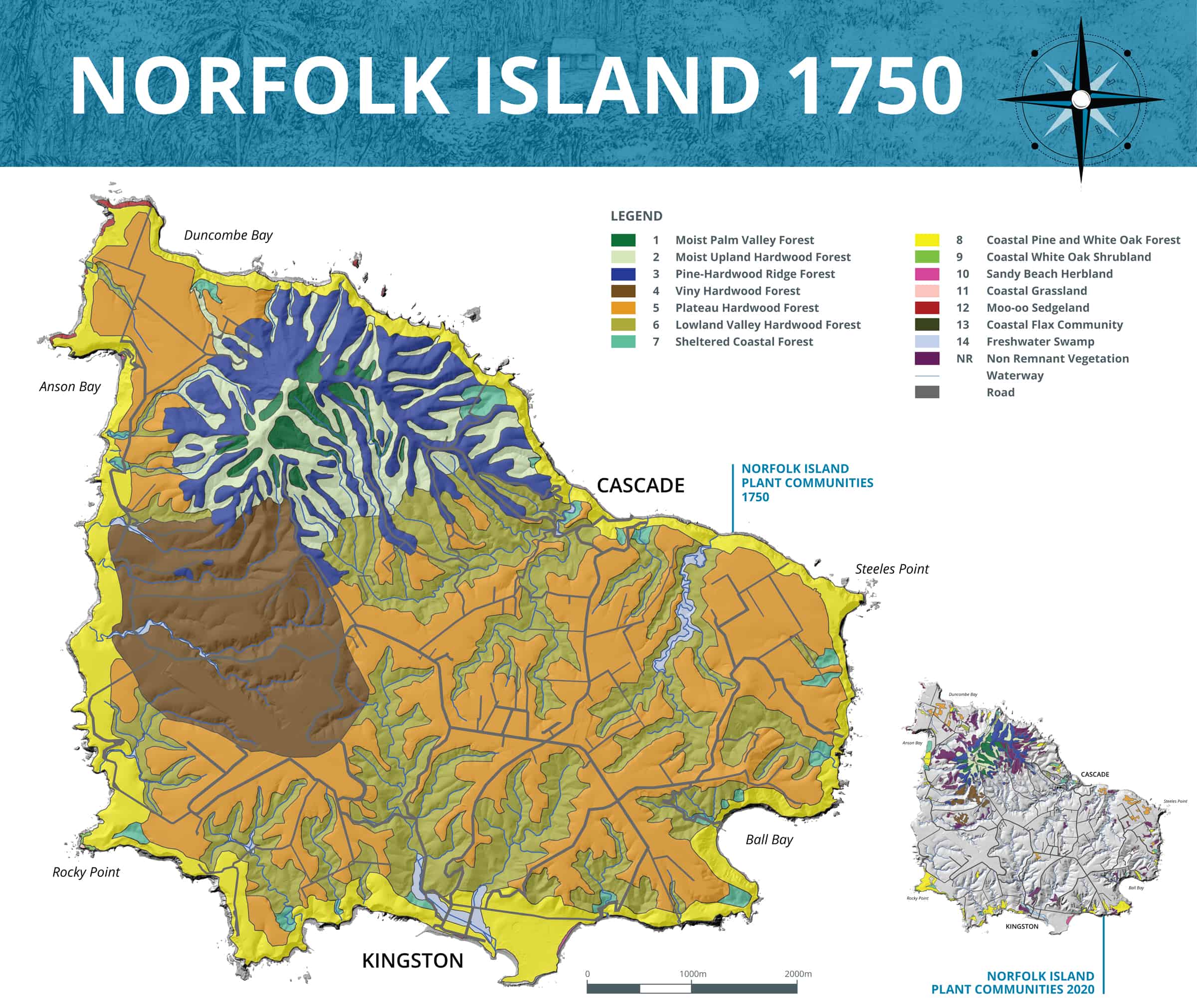 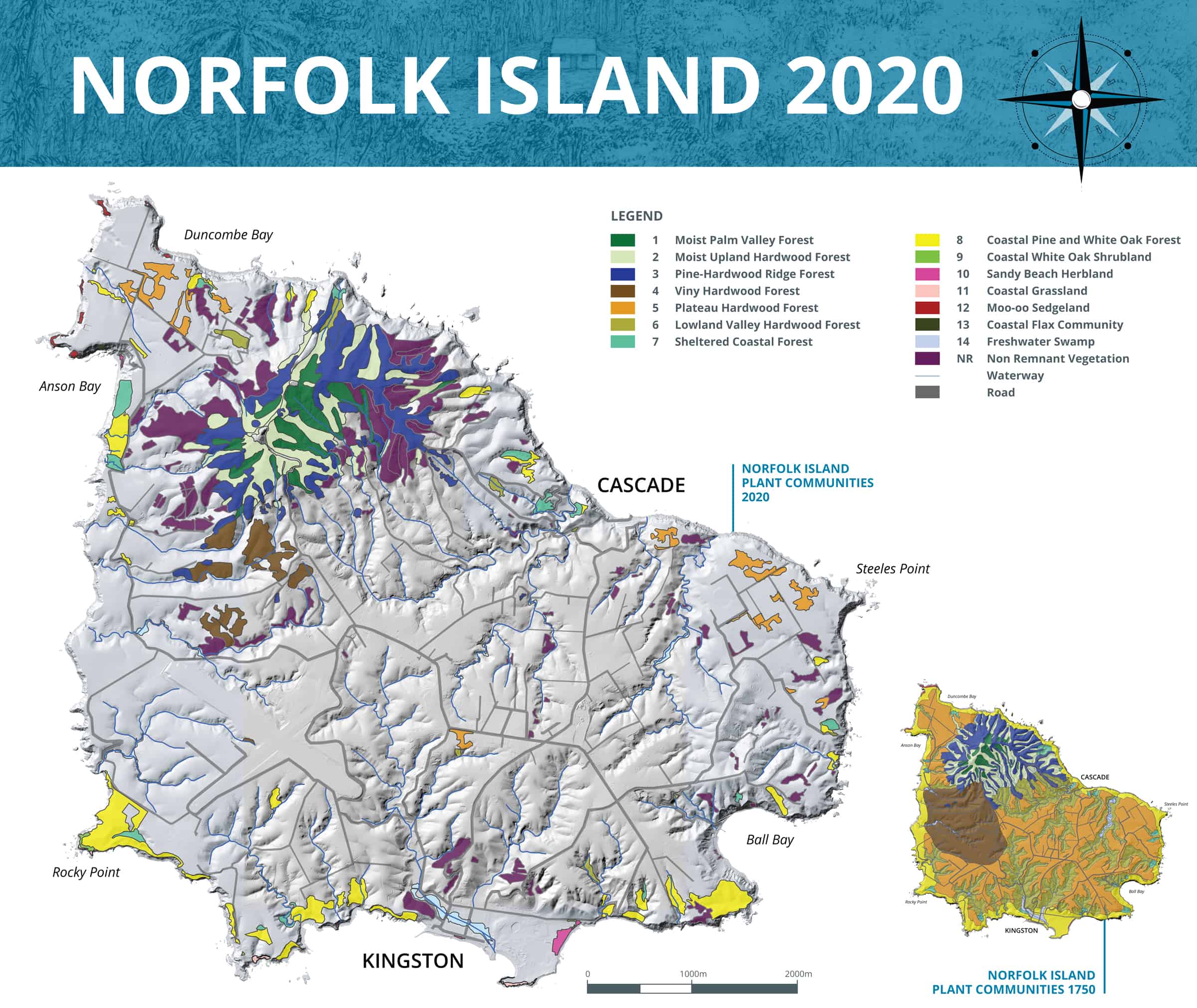 The Invasive Species Council’s work is far from done.

We have the solutions, powerful alliances and a willing federal government.

What we need now is continued investment from the philanthropic community to catalyse strong, collaborative biosecurity to protect and restore what makes Australia extraordinary – our unique wildlife and habitats.