Feral horse control in sensitive alpine environments has been stymied by animal welfare concerns, ignoring the welfare and conservation impacts on other species. Photo: Bill Kosky

If you care about wildlife, the Animal Justice Party (AJP) has some strong election policies.[1] But aspects of their policies relevant to invasive species are poor for both animal welfare and conservation. The AJP policy on introduced animals downplays the great damage they cause, and their policy on feral horses completely neglects the welfare of native animals harmed by horse damage.

I critique some of the AJP policies here – because it is election time and because a party that cares deeply about wildlife should be strong advocates for effective control of damaging invasive species.

The Animal Justice Party is wrong in saying that that ‘anthropogenic climate disruption and changes in land use, resulting in habitat loss, are now the major contributors to species loss’. Although it may change in future as global warming intensifies, invasive species currently threaten manyfold more Australian species than climate change. A 2011 analysis by Megan Evans and colleagues found that habitat loss, introduced species and inappropriate fire regimes are the top three threats to nationally listed threatened species.[4] Introduced species (plants and animals) threaten more than three-quarters of listed mammals, birds and amphibians and more than two-thirds of listed fish and reptiles.

In its policy on koalas, the Animal Justice Party expresses concern about the survival of koalas and advocates strong conservation measures (including feral dog control) but their policy on introduced species advises that we need to keep ‘widely reported “damage” of introduced species in perspective’ and acknowledge that ‘extinction of species is not a new phenomenon’. Why focus on preventing extinction of koalas and not on averting extinction threats to hundreds of other species due to foxes, cats, goats, pigs, rats etcetera? In its policy on birds, the AJP focuses mostly on habitat threats and doesn’t mention that invasive animals are also a major problem, particularly for island birds. The AJP preference to ban all poisons would mean that rats would still be preying on seabird chicks on Macquarie Island and rabbits would still be destroying their habitat.  Immunocontraceptive techniques, advocated by the AJP as a replacement for biological and chemical control does not currently offer any viable control options, and ‘it is highly unlikely that this will change in the foreseeable future’ according to a review.[5]

There is no mention of any native wildlife in the AJP policy on feral horses (‘heritage brumbies’). What about the welfare impacts on native wildlife due to horse damage to waterholes and destruction of food resources and degradation?

There is growing alarm in the conservation community about damage caused by burgeoning populations of feral horses in sensitive alpine environments. After considering all the options, the Invasive Species Council believes that the only effective and the most humane control method is aerial shooting by highly skilled professional shooters. No other method can achieve even stabilisation of feral horse numbers, and methods currently used – ground mustering and removal – are also highly stressful for horses.

Two helicopters should be used for aerial shooting, the second one following the first to verify the death of shot horses. A welfare assessment of aerial shooting of feral horses on a property in the Northern Territory (3500 were shot in May) was reported by the ABC as having obtained the following results:[6]

In ISC’s submission recently to the Victorian government on feral horse control in the alpine park, we summed it up in the following way:

We believe that overall an effective aerial shooting program will provide the best animal welfare outcomes. There will be more suffering in the future if much larger numbers of feral horses have to be killed and when they starve because of over-population. We must be equally concerned about the welfare of the many more native animals adversely affected by feral horses. To minimise the numbers killed over time, initial efforts should aim for a large reduction of numbers over a short period of time.

We strongly agree with the Animal Justice Party that Australians should respect introduced animals as sentient beings and be concerned about their welfare. There is definitely need for more research on humane control methods and a focus on preventing suffering in control programs. But respecting native wildlife as sentient beings – and respecting their existence as species (a high proportion endemic to Australia) – requires acknowledging the great damage caused by invasive species and supporting effective control programs. 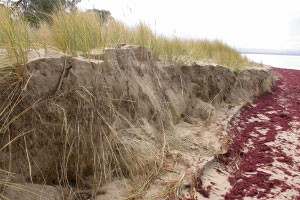