You are here: Home > Import risk process under review

Australia’s federal department of agriculture is reviewing the formal process it uses to analyse the risk of imports.

Our quarantine process is increasingly designed using a risk-minimisation approach, one that accepts that we cannot prevent the entry of all pests and diseases into Australia.

Australia officially aims to reduce biosecurity risks to a ‘very low’ level (its Appropriate Level of Protection or ALOP), but often fails to achieve this ALOP, as demonstrated by the high rate of new invasive species arriving and establishing.

While we welcome the review, we fear it will focus almost exclusively on agricultural industry concerns and fail to address the need for decision-making to be independent of pressure from trade interests.

The review states that it has incorporated comments from stakeholders raised during the development of the biosecurity bill (a process in which the Invasive Species Council was closely involved), but makes no mention of stakeholder desires for greater community input or better consideration of the environment.

The review was triggered by the Coalition’s pre-election statement that included a commitment to ‘better integrate science in quarantine decisions’ and to ‘review the workload, prioritise requests and reconsider the import risk analysis process’ to ‘ensure robust arrangements are in place to minimise the risk of exotic pest and disease incursions’.

The department explains that the review will consider:

Australian agricultural industries, together with the Invasive Species Council, have called for greater independence and science in quarantine decision-making. We believe that decisions made by the Secretary of the Department of Agriculture on whether new imported goods should be allowed into Australia are weighted towards our trade interests rather than protecting the environment.

There is broad stakeholder support for establishing an independent biosecurity authority to make impartial decisions on biosecurity, uncompromised by the conflicting roles the department of agriculture has in both promoting trade and regulating biosecurity risks.

Submissions to the consultation paper are due by 10 September 2014. 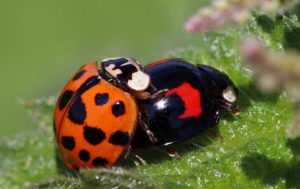