An independent report just released could herald a breakthrough in government awareness of environmental biosecurity.

The Intergovernmental Agreement on Biosecurity (IGAB) Review Draft Report reflects many of the points we’ve promoted through years of advocacy and spelled out in our submission to the review panel. The agreement under review is the accord for cooperation between our state, territory and national governments on biosecurity actions.

The draft report says environmental biosecurity needs to be improved, and makes a set of recommendations for achieving that, including:

Our calls for greater transparency in the system also seem to have been heard.

The report stops short of some of our goals (like establishing Environment Health Australia to promote preparedness for environmental biosecurity incursions). But the following excerpt from the executive summary shows that our hard work over many years is beginning to bear fruit:

“One of the strongest areas of debate … concerned the adequacy of the national system in addressing biosecurity risks impacting biodiversity and the environment. Incursions of exotic organisms harmful to Australia’s environment … are a regular occurrence … but … are yet to be systematically identified, prioritised and planned for. Environmental biosecurity considerations should be comparable to human health and primary production, and national arrangements need to be explicitly developed to address environmental risks”. (p. Viii)

This draft report’s recommendations go a long way toward creating the environmentally-based biosecurity system we’ve been trying to achieve.

The panel is now calling for comments on the draft before delivering its final recommendations. This is a chance to affirm the independent panel’s many good proposals, and to urge strong reforms to make Australia a world-leader in environmental biosecurity. 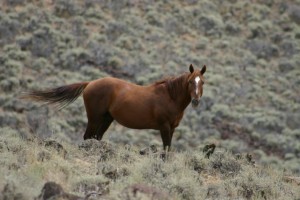