You are here: Home > Coles dismisses complaint about weedy plant

One of our supporters, Clinton Garrett, contacted us with  his attempts to ask Coles to stop selling a weedy plant at its stores in South Australia.

Clinton asked Coles to respond to the following inquiry:

I see that our local Coles supermarket is selling an Ornithogalum cultivar “Chesapeake Snowflake”.
It is drought resistant and like most of the genus will produce many bulbs. A different species Ornithogalum umbellatum is already an issue in the Murrumbuidgee area.
What assesment has been done of the weed potential of this cultivar? Should Coles and Bunnings be asked to stop selling this species?
I have real concerns about the potential for this species to colonise bushland as it is well suited to our climate.

Clinton attached information from Kersbrook Landcare describing Ornithogalum thyrsoides as “an emerging weed threat in the Adelaide Hills and Mt Lofty Ranges region”. They pointed out that it is a garden escapee that is  available in garden shops and as cut flowers.  He also included a reference to the Weeds of Australia database that described the plant as “highly invasive” in Western Australia.

In reply, on 8 November Coles said,

After receiving your email, we contacted our Merchandise Team who read your referenced information and wish to advise that the first is a fact sheet by the QLD Gov just on basic plant background and some notes. The information on this site has no jurisdiction in SA as it is produced by the QLD government, not SA and simply states ‘Chincherinchee (Ornithogalum thyrsoides) is regarded as an environmental weed in South Australia, New South Wales and Western Australia’ but also does not mention it as a declared pest.

The second is a fact sheet by the Kersbrook Landcare Group which is a community run incorporated body formed by residents concerned about agriculture and environment that is battling the Ornithogalum thyrsoides in two reserves. It has one paragraph on the plant and even states “It is a garden escapee which is not yet declared and is still available in garden shops and as cut flowers.”

Neither of these sources is a viable reference for the weed status of Ornithogalum into SA.

We are confident that the product supplied to Edwardstown was within the legislative requirements of supply into SA.

Whilst we understand that you may remain unsatisfied with our response, we are unable to offer any further information regarding this matter.

Once again, thank you for taking the time to contact us. We look forward to being of service to you in future.

A clearly frustrated Clinton told us “these people have never spent hours in the field trying to eradicate a weed before it progresses beyond the point of control. They know the legal niceties which allow their company to make money and not much more.”

He later spoke to those familiar with Giles and Horsnell Gully Conservation Parks near Kersbrook and learnt that these areas are beyond salvation as the level of invasion by Ornithogalum thyrsoides is so high.

This issue highlights the lack of responsibility shown by some in the nursery industry and the failings of a prohibited list approach, which leaves most weeds unregulated. The Invasive Species Council advocates for a ‘safe list‘ approach that requires a systematic, risk-based and preventative approach to introduced plants. 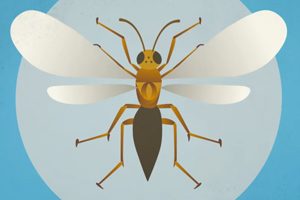