We’ve teamed up with world-leading nature mapping app QuestaGame and the Wet Tropics Management Authority to run a special citizen science competition in the Cairns region throughout October.

Called the BonANTza eco-hunt the game challenges players to find and photograph as many different ant species as they can, including invasive ants!

There are great prizes up for grabs, including a reef trip for two with Down Under Cruise and Dive, a family Zootastic 5 Experience, a family pass for wildlife attractions at Kuranda Koala Gardens and Birdworld Kuranda as well as a family pass to the Botanic Gardens Starry Nights.

We want the competition to introduce more people to the wonders of nature and hope it will also lead to local discoveries of environmentally harmful invasive ant species – ants from other countries that have somehow made it into Australia where they could harm our wildlife.

To take part all you need is a smart phone or tablet to be in the running to win great prizes!

Invasive ants like yellow crazy ants and red fire ants are bad news for Australia. Once established they can create super colonies that have devastating impacts on our environment. In low numbers invasive ants can hurt people, wildlife, agriculture and infrastructure. Once they build to super colony levels they can dominate large landscapes, killing, consuming or driving out everything in their path.

For every ant record submitted, QuestaGame will make a donation to the Invasive Species Council. This gamer incentive is made possible thanks to the support of the Garry White Foundation and will provide a significant contribution to our fight against dangerous invasive species.

QuestaGame is the world’s first outdoor biodiversity gaming app meant to connect players to nature while, at the same time, providing expert-verified environmental data for scientific research. It’s often been called the “Pokémon GO of real life” (though it actually started before Pokémon GO).

QuestaGame’s David Haynes says the platform is reaching new audiences – people who wouldn’t normally be interested in nature – getting them excited about becoming environmental scientists and paying closer attention to the world around them.

It is free to play for anyone, of any age, anywhere in the world. Players use their mobile devices to compete, or work together, to collect and identify biodiversity data, receiving higher scores for more remarkable finds.

Players have found some particularly high-scoring plants and animals, including species listed as invasive threats, as well as numerous undescribed species. One player recently had a new species of spider named after him.

“Part of the fun is seeing what other people are discovering,” says David. “You can even set up quests in other parts of the world so that people find species which get added to your collection and help increase your overall score.”

QuestaGamers on front line in hunt for deadly new invaders

When Sydney resident Jonathan Pugh picked up the QuestaGame bug he had no idea it would lead to a discovery that could save Australia tens of millions of dollars in future biosecurity costs.

In 2017 he submitted a photo of a gecko perched on the wall of his Sydney home. Several top-ranked experts in the game were quick to identify it for him: An Asian House Gecko (Hemidactylus frenatus), they all agreed. A good find, but nothing extraordinary.

“I’d often hear them in my house,” says Pugh, a high school teacher. “I was curious what it was.”

Cut to March this year when another QuestaGame player, Charlie, also based in Sydney, submitted a sighting of a similar looking gecko. This time, however, the sighting caught the eye of one of QuestaGame’s highest ranked players in the reptiles category.

“I’m confident this is an Indo-Pacific or Fox Gecko – H. garnotii,” wrote the player, who goes by the name HungryCroc on QuestaGame. “And it’s not supposed to be in Australia.”

Not only that, but when HungryCroc reviewed other sightings of the same genus on QuestaGame, he found Jonathan’s gecko from September 20. It, too, he declared, was a Fox Gecko, not an Asian House Gecko.

Suddenly it was clear: two different QuestaGame players in Sydney had submitted sightings of an invasive gecko species not known to exist in Australia. The biosecurity authorities in New South Wales were alerted and within days a sample specimen was collected.

“QuestaGame was designed to get people outdoors, having fun, discovering, learning about and helping map biodiversity,” says David. “Only now, with some of these big impact discoveries, are we starting to realise just how valuable it can be to biosecurity.”

Recently a player named Chookman in Brisbane submitted a photo of a Clown Weevil (Eudiagogus maryae), only the second time it had been reported in Queensland and which Biosecurity Queensland are evaluating as a potential biosecurity threat. And on March 6th, QuestaGame player HypoMix submitted the first known sighting in Victoria of a wasp species – possibly the European Paper Wasp (Polistes dominula) – which poses a threat to agriculture and biodiversity, as well as to human health from allergic reactions to their stings.

Invasive Species Council CEO Andrew Cox has no doubt that a system like QuestaGame can help with early detection of invasive threats.

“Their expertise system is highly advanced and effective at rapid identification,” he says.

“Early detection is key, because for each day or week delay could be the difference between eradication and having to live with a new damaging pest. Early detection can save Australian millions if not billions of dollars.”

QuestaGame is rolling out its technology to schools across Australia, as well as overseas, with a product called Ranger Vision – which means that by 2019, more eyes will be looking out for, and learning about, invasive species than ever before. One can only guess what discoveries they’ll make. 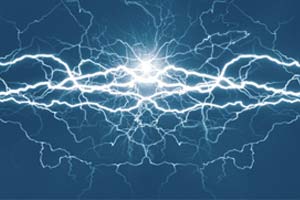