You are here: Home > Projects > Biosecurity Bill – six years in the making

The Biosecurity Bill, passed by the Senate in May 2015, marked the final stage of a major overhaul of the way Australia protects its borders from invasive animals, weeds and diseases and what happens when inevitably they are breached.

A replacement for the century-old Quarantine Act 1908, the Biosecurity Bill 2014 was an unprecedented opportunity to recast Australian biosecurity. While there are benefits in the bill’s broad approach, we were concerned about the Bill’s lack of accountability and transparency, the failure to properly consider the environment and the failure to require a science-based risk minimisation approach.

The Biosecurity Bill 2014 was referred for an inquiry by the Senate Rural and Regional Affairs and Transport legislative committee. The committee reported to the Senate on Tuesday 17 March 2015.

We analysed the passage of the Biosecurity Bill in our recent Feral Herald blog post: The industry-centric birth of a biosecurity law.

The development of the Biosecurity Bill

2015 May 13 The Biosecurity Bill is passed by the Senate with only one change – the addition of a statutory Inspector-General of Biosecurity. Green amendments implementing key recommendations of the Invasive Species Council were not supported by the government or Labor and hence failed.

2015 May 12 Labor backs down with its stronger version of the Inspector-General of Biosecurity and supports the Coalition government’s version.

2015 March 20 The Coalition government supports the creation of a statutory Inspector-General of Biosecurity, but in a more simplified form compared to Labor’s version.

2015 March 17 The Senate committee submitted its report to the Senate about the Biosecurity Bill 2014 after which debate in the Senate will begin. Labor made a dissenting report supporting a statutory Inspector-General of Biosecurity while the Greens made additional commenting seeking further changes, including recommendations from the Beale review to establish an independent National Biosecurity Authority.

2015 March 10 Labor supported amendments to create an Inspector-General of Biosecurity.

2015 February 10 House of Representatives passes the Biosecurity Bill 2014 without amendments. Referred to the Senate.

2015 January 16 Submissions closed to the Senate committee inquiry. The Invasive Species Council along with 27 other environment groups submitted a detailed 65 page submission.

2014 November The Biosecurity Bill 2014 was tabled in Parliament and referred for inquiry by the Senate to the Rural and Regional Affairs and Transport legislation committee. Despite it differing very little from the 2012 bill, there is no plan to complete the report for the original Senate inquiry held during 2012-13, a waste of considerable effort by stakeholders and committee members.

2013 September The Biosecurity Bill 2012 lapsed with the calling of the federal election. The Senate inquiry was halted before its report was completed.

2012 November The Biosecurity Bill 2012 was tabled in Parliament and referred to a Senate committee, originally to report by February 2013, but later extended to the end of 2013. The Invasive Species Council and others made submissions and participated in hearings.

The Bill tabled in Parliament was effectively unchanged from the exposure draft referred for public consultation, ignoring the large numbers of submissions. Only one small technical amendment was made to half a page of the 620 page Bill!

2012 September The Labor Government released an exposure draft of the Biosecurity Bill for public comment.

The Invasive Species Council along with 18 other environment groups prepared a detailed 65 page submission that argued for improved transparency and accountability and greater emphasis on the environment.

2009-2012 The Invasive Species Council, together with agricultural and industry groups, participated in government-run workshops to respond to drafts of a Biosecurity Bill. Few changes were made in response to concerns raised by stakeholders.

2008 The Labor Government commissioned a comprehensive independent review of Australia’s quarantine and biosecurity system. In September, the result of this review, the landmark Beale review titled One Biosecurity: a working partnership, was released. The report’s recommendations were widely supported by all quarters and included major changes to quarantine laws and institutional arrangements. The Labor Government initially supported all recommendations ‘in principle’.

2007 Equine influenza outbreak occurred in NSW and Queensland that directly cost $110 million as well as broader costs borne by the community. 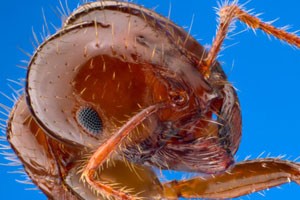