You are here: Home > Weeds and ferals, where do NSW parties stand?

Let’s look at the invasive species offerings of the major political parties contesting the NSW election.

We have reviewed the party polices on feral horses. In short the Greens policy is excellent, the policies of Labor and the Shooters, Fishers and Farmers are fair, the Coalition poor and Animal Justice very poor.

Here’s a review of the more general policies of the major political parties.

Four years of Liberal National coalition government has seen some progress on feral animals and weeds. New regional pest management plans were implemented that looked at not just widespread pests, but also emerging pests. Feral deer were recognised as a priority pest across the state and the onerous hunting licence rules partially suspended on private land, however the game status for deer, and accompanying red tape for landholders remains.

There have been few future commitments from the Coalition, with the main initiative being continued funding for regional Landcare coordinators. At a Cooma candidates’ forum in March, Primary Industries Minister Niall Blair agreed to use powers under the NSW Biosecurity Act to remove restrictions on deer control.

The standout commitment is Labor’s promise to introduce a ‘permitted list’ approach to weeds, banning from sale all but non-weedy plants. It will also create an independent weeds committee that reports to Parliament, presumably an improved version of the existing NSW State Weed Committee. Increased funding promised for national parks will undoubtedly benefit weed and pest control.

The Greens have promised to implement a broad platform on invasive species which is strongly supported. It’s simplest to the list the initiatives:

The Shooters Fishers and Farmers Party supports recreational hunting for vertebrate pest control on all public lands including in national parks, which in most cases will not assist the problem. Their environment policy explicitly rejects the precautionary approach since it offers ‘no viable reasoning or scientific rationalism’ in conserving the environment. The party is responsible for the protected status of feral deer in NSW and continually works to undermine integrated pest management programs and the development of new tools such as baits.

The Animal Justice Party, with its focus on the lives of all animals, does not distinguish sufficiently between native and exotic animals. While Animal Justice Party supportsecosystem restoration and rewilding, it impractically opposes any lethal control of pest animals. Instead it relies on other control methods including desexing, immunocontraception, relocation and ‘other emerging technologies’. We can expect widespread loss of native animals and possibly extinctions in some parts of Australia if lethal control is not used as a pest management tool.

Feral horse myths and misconceptions - NSW policy out of control 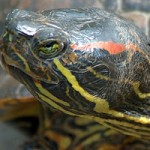 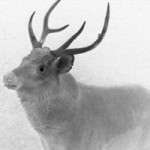 Time to declare feral deer a pest in NSW 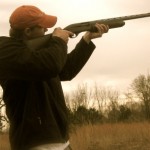 One Response to “Weeds and ferals, where do NSW parties stand?”