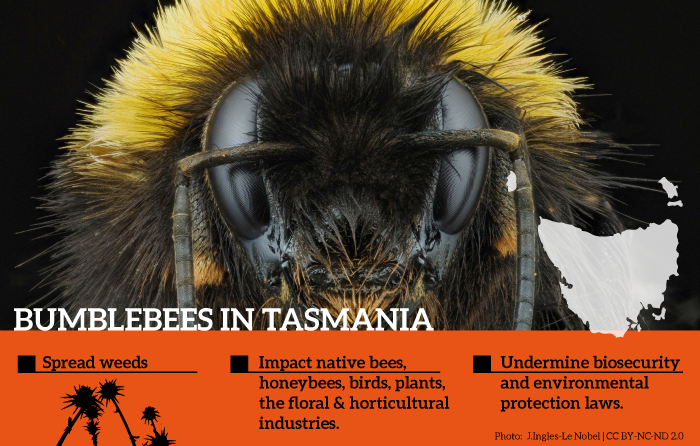 A Senate environment committee that endorsed the commercial use of Tasmanian feral bumblebees seemed oblivious to the serious impacts this invasive species can have on the natural environment.

It is well known that the large earth bumblebee (Bombus terrestris) is an efficient pollinator of crops such as tomatoes, cucumbers and eggplants. This was one of the reasons the tomato industry has repeatedly applied to import the bumblebee into Australia, three times in the past 20 years, to avoid the need for costly hand-pollination. Each time the application has been rejected due to the high likelihood of environmental harm.

After the tomato growers’ case was championed by Senator Jacqui Lambie, the issue was referred to the Senate environment committee to examine “Risks and opportunities associated with the use of the bumblebee population in Tasmania for commercial pollination purposes”. Their report was published in June.

The bumblebee is believed to have been illegally smuggled into Tasmania from New Zealand in the early 1990s. They were first observed in 1992 in Hobart and spread rapidly across Tasmania over the following 14 years. They may have originated from as few as two queens, making the population inbred and genetically weak.

The tiny Tasmanian tomato industry, producing just 0.04% of Australia’s tomatoes in 2011-12, has been lobbying to overcome the legal impediment to use bumblebees in Tasmania’s greenhouses. We believe the tomato industry is more interested in bumblebees coming to the mainland, which can be made more achievable by legalising them in Tasmania. 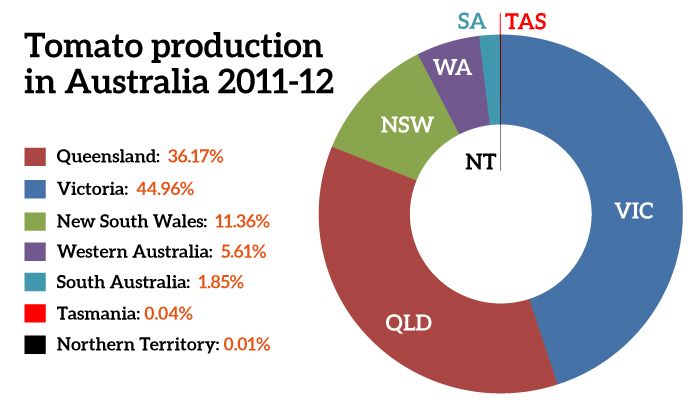 Senator Lambie persuaded former environment minister Greg Hunt to move an amendment in Parliament in 2014 to allow exceptions to the stricture against using illegally introduced species. Fortunately, it failed to pass. In February 2016, the Senate initiated an inquiry to look into the issue.

There was strong concern expressed in many submissions to the inquiry. The South Australian government warned of significant biosecurity and commercial risks for its state including impacts on native bees, birds and plants, and impacts on the honeybee, floral and horticultural industries and the unique Kangaroo Island ligurian bee industry.

The CSIRO warned that the use of bumblebees in greenhouses would create an “increased risk” of the bees being transported from Tasmania to the mainland, resulting in the need for increased biosecurity controls.

The federal environment department warned that weed impacts may be “exacerbated” due to the efficiency of bumblebee pollination, bumblebees may spread honeybee diseases, and if the commercialisation of bumblebees led to the introduction of new genetic stock, environmental impacts in Tasmania would increase.

The Australian Honeybee Industry Council expressed fears that bumblebees will be a “great biosecurity risk” to the honeybee industry, adding pressure to introduce new genetic stock and helping bumblebees spread to the mainland.

Our submission warned that the bumblebee proposal was a “foot in the door” strategy to remove impediments to introducing and using bumblebees on mainland Australia. If the ban on using illegally imported species is removed, this would create a strong incentive to shift the bees illegally to the mainland and introduce new genetic bumblebee stock. This may also have the flow-on effect of stimulating the illegal release into Australia of other harmful invasive species.

More than 80 peer-reviewed studies have identified impacts when bumblebees are introduced to new areas, including studies in New Zealand, Israel, Chile and Argentina. Victoria and NSW have pre-emptively listed the species as a threatening or potentially threatening process.

We were shocked that the committee ignored the strong evidence of the environmental and commercial risks of allowing bumblebee use in Tasmania. All members of the Senate environment and communications references committee representing Labor, Liberal and the Greens endorsed the final report recommendations to proceed with using bumblebees as a two-year trial. Half the committee members represented Tasmania.

The government has advised the Invasive Species Council that a response to the inquiry report is likely in the next six months.

We will be urging the major political parties to leave the laws unchanged and continue to prevent bumblebee use anywhere in Australia.