You are here: Home > Living with fire ants: Houston, we have a problem 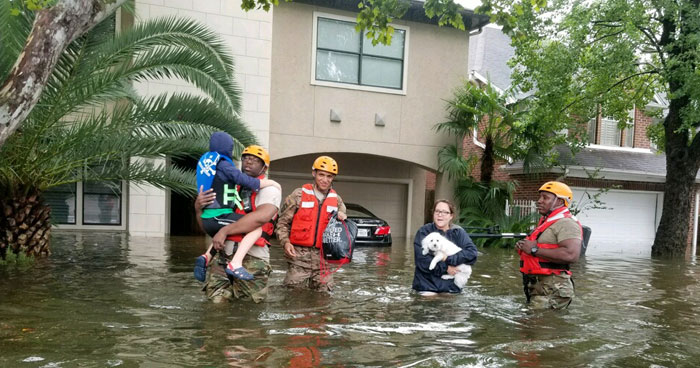 Brisbane expat and Invasive Species Council supporter, Jennifer Singfield, lives in Houston with her husband, and lives grudgingly with the local serial pest, red fire ants. She says one more day of flooding and she would have been in serious trouble.

Over the past year she has watched from her home in the US as the Invasive Species Council successfully battled to get Australia’s fire ant eradication program fully funded, and is filled with dread at the prospect fire ants could spread out across Australia the way they have in the US.

Our ‘Texan correspondent’ reports on what it’s like living with fire ants:

Most people in Houston have what I call a fire ant survival story. It goes with the territory.

Our fire ant season runs from April through to October, and runs parallel with our rainy and hurricane seasons. You might have seen some of the frightening footage recently from Hurricane Harvey showing fire ants rafting up to escape the flooding.

At the beginning of spring the city’s garden stores and hardware chains put out pallets of fire ant control products for sale. We all automatically stock up on the latest fire ant controller – hoping that this season it may actually work.

All sporting fields and parks are regularly treated for fire ants. The site of a person wandering around open spaces with a trusty spray pack has become part of outdoor life here.

For home owners fire ant control has become a way of life, just like maintaining the lawn and keeping the pool clean.

In Texas government agencies have given up on eradicating fire ants, the best they can do now is to advise us how to use control methods on our lawns and around our houses.

We follow the latest recommendations by state authorities. We disperse baits across our property as soon as the weather begins to heat up, then we patrol the property for new fire ant nests, then we mow the lawn.

And trust me, you want to perform these steps in the right order. Failure to patrol your property for fire ants before mowing the lawn can have very painful repercussions.

To his chagrin my husband learned this lesson the hard way, and even though he managed to brush the fire ants off his body before they had a chance to swarm he still paid a high price for his mistake – the inevitable fire ant bite pustules soon showed up on his body and he endured ten days of maddening itchiness.

The final step in any dutiful performance of these rites is to chemically treat the fire ant mounds.

Fire ants were not deliberately introduced into the US. They arrived as hitchhikers at a port in Alabama and continue to spread across the US, from California through all of the southern states and as far as North Carolina.

Many bird species such as prairie chickens and quail depend on insects as a food source for young chicks. Fire ants have decimated insect numbers on the prairie to the point that there are not enough for young prairie chicken chicks to feed on when they hatch in the spring.

As I watch fire ants continue their invasion march across the US I can easily picture the same thing happening in Australia. Their reach would be far greater than that of the cane toad, and their impact on the health, safety and lifestyles of Australians would be terrible.

I can’t stress too much how painful it is having to live with fire ants. You must always be vigilant when outside, even in your own yard or local park. I never hear the sound of neighbours’ children playing in their back yards – they stick to their driveways. It seems cars are now considered less of a threat to children than fire ants. It all makes me very sad.

I just hope Australia perseveres with its fire ant eradication program and that it never has to confront the realities of living daily with these menacing creatures. 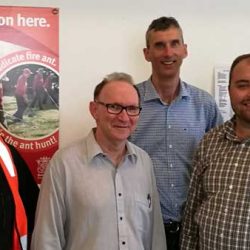 Fire ant funding approved, but still a hard road ahead 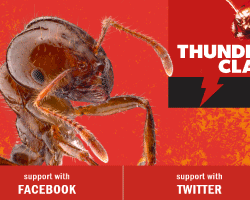 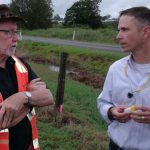 One Response to “Living with fire ants: Houston, we have a problem”