You are here: Home > Hunting Changes in NSW Fail to Address the Problem

In NSW the Shooters and Fishers Party have elevated deer to effectively protected status.

In October the NSW Parliament passed legislation abolishing the NSW Game Council in response to the backlash against the proposal for recreational hunting in national parks.

While the abolition may see the end of the counter productive influence on feral animal control by the NSW Game Council, the fear is that recreational hunting may now emerge as a new force from within its new home in the Department of Primary Industries.  So far this is not evident, but without legal safeguards the same problems of an out-of-control hunting culture within government could easily emerge again.

The abolition of the Game Council and a halt to proposed unsupervised hunting in national parks was first announced in July 2013. It was triggered by a governance review of the council after the acting CEO and a volunteer were charged with firearm and trespass offences. The Invasive Species Council was hoping the NSW Government would use this change of attitude towards the role of recreational hunting as a time to get serious about feral animal control, especially for the growing threat of invasive deer.

The NSW Game Council and their political sponsor, the Shooters and Fishers Party, had managed to elevate deer to effectively protected status. Landholders were no longer allowed to engage contractors or volunteers to control deer on their own properties without using a Game Council licenced shooter and effective control methods such as spotlight shooting were banned. Even on public lands there has been little coordinated control, and deer numbers are growing.

The Greens attempted to amend the legislation abolishing the Game Council to void the special ‘game species’ status for deer. They also sought to make control and eradication of feral animals one of the objectives of the legislation.

Both Labor and the Coalition must still be afraid of the Shooters and Fishers Party because neither party would deliver what they privately said were sensible changes to the hunting regime.

While we are likely to see recreational hunting restart in State forests, at least thought and planning have gone into a three-year trial of supervised shooting using volunteers in 12 national parks and reserves in western NSW.  Modelled on volunteer shooting programs in South Australia, Victoria and Queensland, it may prove to be helpful as a supplement to other feral control programs. One key factor to watch is the cost and effectiveness of the program compared to using professional shooters.

With the exception of the national parks shooting trial, it seems we can expect recreational hunting interests to hold an unhealthy sway over some feral animal policies in NSW for some time yet. 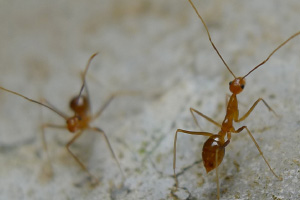