You are here: Home > Fire Ants Down Under – our national emergency tour is on 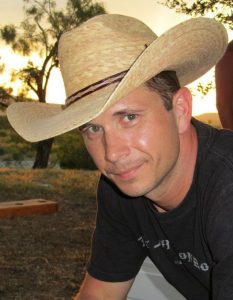 The key task of our whirlwind tour is to warn as many Australians as possible of the dangers to our nation if we fail to eradicate Queensland’s current fire ant infestations – they need to know we can’t afford to let this genie out of the bottle.

Now we need your help. Can you come to one of our national fire ant forums, and bring your friends and family? We’re holding forums in Brisbane on March 20, Canberra on March 21, Sydney on March 22, Melbourne on March 23 and finishing in Perth on March 24.

You can also support the campaign to eradicate fire ants by signing our petition and donating to support the national emergency tour.

Why is this tour so important?

In less than four months Australia’s agriculture ministers will decide what to do about fire ants. To eradicate fire ants, they must commit to a 10 year, $380 million program this year.

Failure to eradicate fire ants means Australians will be forced to confront a terrifying future, one where no capital or regional city will be free from the threat of fire ant invasion. A future where a family picnic can turn into a life-or-death situation if someone stumbles into a hidden fire ant nest.

Fire ants are a super pest – if we fail to eradicate them now in the future they will exact a devastating toll on our environment, farming communities, lifestyle, health system and infrastructure. They will cause human deaths, hospitalisations and animal extinctions.

The projections sound extreme, but more than 85 deaths have been recorded in the US alone from fire ant attacks.

If anyone can bring home the dangers of living in a country where fire ants are out of control it’s Dr Robert Puckett.

Robert lives in Texas, a fire ant hotspot, and has been part of the United States’ decades long fight against fire ants.

As well as speaking at our national forums Robert will meet key state and federal government politicians.

We look forward to seeing you at one of our forums and remember, you can also support the campaign to eradicate fire ants by signing the petition and donating to support the national emergency tour. 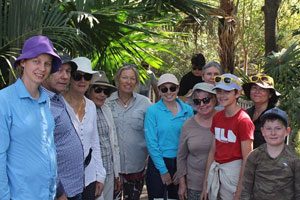