Moves to make Australian agriculture more competitive will have a few positive knock-on effects for the environment. Photo: John Sampson

While the benefits will mainly flow to the agricultural sector, the wording also suggests gains for the environment. Government interest in the environment was no doubt helped by the strong Senate inquiry report into environmental biosecurity.

However, there is little explanation of what the new funding really means. The agricultural department is undergoing yet another restructure to align with the new priorities and will get access to funds for surveillance and analysis ($200 million over four years) only after a ‘functional review’. Part of the Abbott Government’s smaller government reform agenda, the review aims to better align agency functions with government priorities and generate savings from the department’s $1.3 billion budget. It is entirely possible that cuts will exceed the new funds allocated.

Since the paper’s launch we have detected a greater willingness by the Department of Agriculture to address environmental biosecurity.

[1] The white paper says this will ‘prevent damage to farmers, the environment and the economy in the long run’.

[2] When questioned in July whether these funds could be used for yellow crazy ant eradication in Queensland, Agriculture Minister Barnaby Joyce did not rule it out.

[3] The white paper says: ‘The Government recognises that improving on-farm management of pest animals and weeds to reduce their impacts on agricultural production and on the environment has public benefit.’ 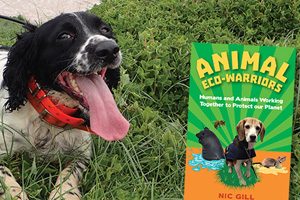