At a Jindabyne candidate’s forum on 1 March 2019, Mr Barilaro told the audience, “Let’s get on with the reduction, to try and aim for a 50 per cent reduction immediately”.

“Ahead of yesterday’s election, Mr Barilaro made a commitment to remove half of all feral horses from Kosciuszko National Park. As per his promise to the people of Monaro and New South Wales, we are expecting him to deliver on this immediately,” continued Mr Cox.

“The time for excuses and delays is over. Mr Barilaro must make good on his promise and outline how and when feral horse removal will be done.

“If Mr Barilaro thinks trapping and rehoming is going to work, he needs to restart trapping now. While we are sceptical the NSW parks service can trap and rehome large numbers of horses, he needs to show he is genuine. All horse removal was stopped 18 months ago and horse numbers continue to increase.

“The need to reduce feral horse numbers is becoming increasingly urgent because of the risks they will pose to campers this Easter and families driving through the park during the upcoming snow season.

“Feral horses are also inflicting extreme damage to the park and have been identified as a key threat to native wildlife.

“Protecting our environment and national parks from the threat of invasive species is not a left/right issue. Voters from across the political spectrum support protecting Kosciuszko National Park from feral animal threats.

“The community support for repealing the dangerous and destructive Kosciuszko Wild Horse Heritage Act has been overwhelming. We now have over ten thousand hand-written signatures from concerned voters demanding urgent action to protect the park from feral horses, triggering debate in the new parliament.

“Winter is the best time to trap feral horse numbers in the park’s north and is fast approaching. The re-elected Berejiklian Government must direct the NSW National Parks and Wildlife Service to immediately restart horse trapping otherwise the animals will wreak havoc on the park for another 12 months. 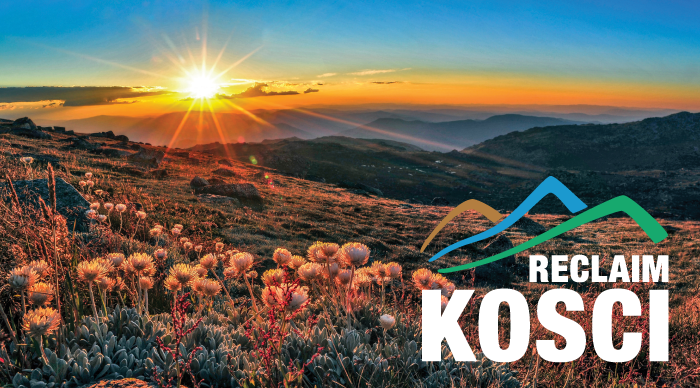 THE CLOCK IS TICKING TO SAVE KOSCIUSZKO NATIONAL PARK

A plan is out to protect Kosciuszko National Park from feral horses.

Learn how to have your say and help save Kosciuszko, one of Austraia’s most loved national parks.