Deer are probably Australia’s worse emerging pest animal problem, causing damage to the natural environment and agricultural businesses. Populations are expanding and deer are invading new areas, many due to deliberate introductions by recreational hunters.

NSW has listed the damage caused by deer as a key threatening process and removed the protected ‘game’ status for feral deer on all private land. It now designates deer a pest species.

Victoria has listed sambar impacts as a threatening process and yet it, like Tasmania, continues to protect deer as a hunting resource.

More than a million deer now trample Victoria’s national parks, high country, coastal country and the Mallee, and yet the Victorian government is yet to list them as a pest animal.

Feral deer destroy shrubs, ringbark trees, wallow in wetlands, wreck orchards and vineyards, and are a hazard on our roads. They devour more than a million tonnes of native plants each year. Deer are rapidly increasing in number while vulnerable native species are pushed into decline.

Join us and the Victorian National Parks Association by calling on the Victorian government to join every other state on mainland Australia by listing deer a pest animal.

The Victorian Government must immediately list deer as a pest animal and release a well-resourced control strategy, or feral deer will continue to wreck important habitat for our wildlife, cause economic harm to communities and create havoc on our roads.

We are calling on all states and territories in Australia to treat feral deer as a pest species and advocate eradication of populations where it is possible and control to protect the environment.

Many people have contacted us to tell of the damage feral deer are causing to their local environment. We invite you to contact us with information, which we will use to try to persuade governments to implement effective control programs. 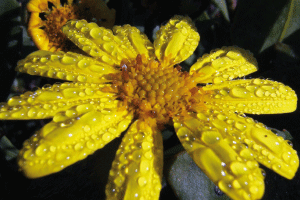