A freedom of information request has revealed that a 16-year-old boy was hospitalised after being kicked in the shoulder by a feral horse running through a campsite at Long Plain in Kosciuszko National Park last November.

The traumatised boy was visibly distressed, showing signs of shock and openly fearful of feral horses returning to the campsite.

The documents provided in response to the freedom of information request also reveal that the NSW National Parks and Wildlife Service is considering closing down the popular Blue Waterholes campground after a spate of incidents involving feral horses in Kosciuszko National Park.

The boy was taken to Cooma hospital after the ordeal.

A national parks and wildlife service risk assessment concluded there is a ‘high risk’ of feral horse related injuries occurring at the popular Blue Waterholes campground in Kosciuszko National Park. Horse incidents resulting in medical treatment and hospitalisation are rated by the parks service as ‘likely’, and single fatalities or serious injury are considered ‘possible’.

Less than three weeks before the 16-year-old was hospitalised a younger boy, aged 10, was kicked in the shoulder by a feral horse. The family had to abandon their holiday due to health concerns for their child.

The NSW parks service is receiving an increase in complaints about feral horses, with more than a dozen in the past year coming from visitors to the Blue Waterhole camping area.

There is a large feral horse population that roam the area and observational flights undertaken by the parks service in September 2018 recorded more than 250 horses within a 5km radius of the campground.

The number of feral horses in the area is increasing. Just 124 horses were counted during a similar flight in 2010.

Richard Swain runs tours in the park and also heads up the Reclaim Kosci campaign, which aims to overturn the decision that protects feral horses in Kosciuszko National Park.

“Complaints have included horses walking over the top of campers while they are sleeping in swags, galloping through campgrounds, raiding campers’ belongings and tangling themselves in tent guy ropes,” he said.

“Campers have had to sleep in their vehicles for fear of being trampled. One stallion chased a woman who had to hide in a bush until it left the area. Another incident involved stallions damaging a vehicle while fighting each other.

“When taking customers into Kosciuszko National Park I am constantly on guard for feral horses trampling our tents.

“We have had incidents where clients have had to try and scare off horses in the middle of the night after the horses aggressively stomped around our tents.”

Based on results of an earlier freedom of information request, the number of feral horses observed in northern Kosciuszko, the location of Blue Waterholes campground, has increased year on year from 75 horses in 1998 to 2791 in September 2018.

“We know no trapping has occurred in the northern end of the park for 18 months,” Mr Swain said.

“It is irresponsible and negligent to do nothing in response to this escalating problem. As horse numbers increase it is inevitable that incidents like these will continue to rise, and only a matter of time until someone is seriously injured, or even killed.”

“It’s time the NSW Government stood up for people and Kosciuszko National Park by overturning its decision to protect these destructive animals and to start rapidly bringing their numbers down.” 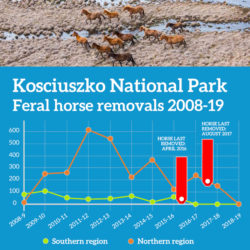 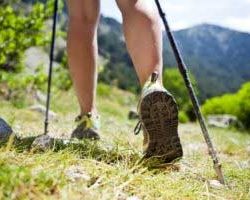 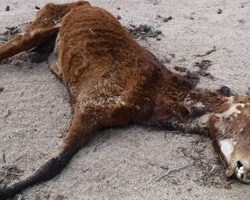 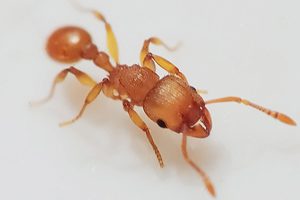