You are here: Home > Projects

Along with climate change and habitat loss, invasive species are one of the top three threats facing Australia’s native plants, wildlife and ecosystems.

We have one of the worst animal extinction records in the world, due mainly to invasive species. We are also notorious for having lost by far the highest number of mammals in recent times, with foxes, cats or rabbits implicated in most of these extinctions.

Our projects focus on key areas aimed at strengthening laws and policies to prevent future invasions and better protect the Australian environment against these threats:

A warming world will favour many weeds and feral animals in Australia, with wilder weather speeding up the pace of invasion.
Read more >>

People, wildlife, agriculture, infrastructure – no aspect of our lives is safe from the destructive power of invasive insects.
Read more >>

Islands are critical habitat for around one third of Australia’s threatened animal species but also especially at risk from invasive species.
Read more >>

Often invisible to the naked eye, dangerous invasive pathogens can have a devastating impact on native animals and habitats.
Read more >>

The Senate inquiry into how prepared we are to prevent the entry and establishment of invasive species likely to harm Australia’s natural environment was long overdue.
Read more >> 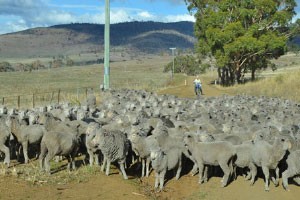