More than 100 ‘Save Kosci’ protest walkers begin a 560km trek from Sydney to the summit of Mount Kosciuszko tomorrow morning in a bid to overturn the NSW government decision to protect destructive feral horses in Kosciuszko National Park.

They are also calling on the NSW government to implement the 2016 Draft Wild Horse Management Plan as a first step in managing feral horse numbers. The plan aims to reduce horse numbers in Kosciuszko National Park from 6000 to 600 over 20 years.

Walkers are expected to pass the State Library and the NSW Parliament on Sydney’s Macquarie Street on Saturday 3 November at about 10am. Their trek can be followed on the Save Kosci Walk Facebook page.

“It’s heartening that people who care about the natural heritage of our national parks are willing to say enough is enough. It’s a park, not a paddock!” said Richard Swain, who heads up the new Reclaim Kosci campaign, which is led by the Invasive Species Council and supported by major NSW and ACT environment groups.

“This is a positive step that shows the current state government the community does not want our national parks trashed by feral horses.

“The protection of feral horses in Kosciuszko is an act of blatant disregard for the overwhelming scientific evidence that shows horses are destroying our unique and fragile ecosystems.

“The act prioritises the protection of a feral animal over our unique and threatened native species that live nowhere else on the planet.”

The walk has been organised by a group of bushwalkers called Save Kosci. More than 250 people have registered for the 560km trek, with walkers expected to arrive at the summit of Mount Kosciuszko in mid-December. People can still register for all or part of the walk.

The recently launched Reclaim Kosci campaign is aimed at repealing the 2018 Kosciuszko Wild Horse Heritage Act and implementing effective and humane horse control methods. The campaign is led by the Invasive Species Council and supported by the National Parks Association of the ACT, National Parks Association of NSW, Colong Foundation for Wilderness and the Nature Conservation Council of NSW. 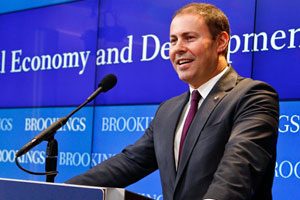