A new report has identified an international ‘bug superhighway’ capable of carrying a large variety of environmentally destructive overseas insects into Australia.

The study, led by Monash University, rated the environmental harm being caused by 100 of the worst overseas insect species and recommends a string of actions to keep them out of Australia.

The most dominant group of invasive insects by far are the hymenopteran insects – ants, bees and wasps – making them the world’s most environmentally harmful invasive insect species.

“Our report found that environmentally harmful bugs, beetles, ants and moths are most likely to hitch a ride into Australia along an international bug superhighway made up of imported plants, nursery material and the timber trade,” said report author Professor Melodie McGeoch from Monash University.

“Australia is already grappling with large, destructive infestations of invasive insects. It can’t afford any more.”

The report identifies the international trade in cut flowers and foliage as a high-risk pathway for more than 70 of the species studied.

Invasive Species Council CEO Andrew Cox said this is the first time Australian and international scientists have comprehensively analysed which invasive insects overseas are doing the most environmental harm and could therefore threaten Australia’s natural environment if they breach the nation’s borders.

“Before coronavirus put the world into lockdown there were more than 50,000 merchant ships carrying goods across the globe and some 10,000 planes in the air at any one time,” he said.

“Ants, bees and wasps are habitual and versatile world travellers tiny enough to move around the world hidden in goods such as flowers and timber.

“Invasive insects can cost hundreds of millions of dollars to eradicate once they breach international borders. Queensland is already battling red fire ants through a $411 million eradication plan.

The report’s 23 recommendations include:

This project was led by Professor Melodie McGeoch of Monash University and made possible by a grant from the Ian Potter Foundation. 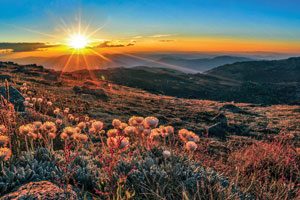