The NSW Government is putting motorists’ lives at risk by failing to tackle the state’s growing feral deer problem.

“Data released under a freedom of information request reveals that the Illawarra suburbs of Helensburgh and Otford have recorded the most major collisions between motorists and feral deer over the past 13 years, with one fatality in 2012,” Invasive Species Council CEO Andrew Cox said.

The information shows all recorded vehicle collisions involving feral deer in the Wollongong and Lake Illawarra police command areas during the 13-year period 2005 and 2017.

Across the state, deer numbers are rapidly growing, with the proportion of the state impacted by feral deer more than doubling from 8% of the state in 2009 to 17% in 2016, with most deer found in the state’s eastern third.

“It’s time to cut the red tape designed to protect feral deer for hunters that is preventing farmers and land managers from controlling feral deer numbers. Deer are a destructive pest that destroy bushland, farmland and put people’s lives at risk.

“We need coordinated action across the state to suppress deer numbers and prevent them from spreading as well as funding for research into improved control measures.

“If action is not taken soon it’s just a matter of time before we see another human life lost in a collision with a feral deer.”

In 2016, the NSW Natural Resource Commission recommended the lifting of the game status for feral deer, while in July 2018, the South East and the Greater Sydney regional strategic pest animal plans designated deer as a ‘priority pest’. 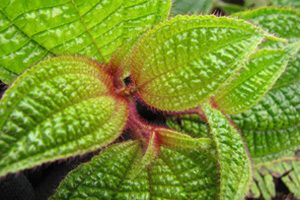