“Flying over the park I saw extensive areas incinerated by bushfires and habitat of four of the park’s most threatened animal species degraded by fire and feral horses,” Prof Pittock said.

“There were large mobs of feral horses trampling the small areas of regrowth vegetation in wetlands and along stream banks.

“Feral horses are moving en masse into unburnt areas and massively compounding the damage already inflicted on the park by the bushfires.

“Australia’s plants did not evolve to withstand trampling by hard-hooved animals or their intensive grazing. The horses are degrading the wetland headwaters of the Murrumbidgee River, one of the key sources of south-east Australia’s water.

“A third of Kosciuszko National Park has been burnt out and active fires remain in the area.

“The native wildlife that survived the Kosciuszko bushfires is struggling for survival while 20,000 feral horses roam the burnt out country targeting the remaining vegetation.

“One of Australia’s rarest and most iconic creatures, the critically endangered corroboree frog, had large areas of its habitat burnt and what remains is at even greater risk of being trampled by feral horses.

“Habitat of the alpine she oak skink, the native fish stocky galaxias and the hamster-like broad-toothed rat has been extensively burnt and what is left is being over-grazed by feral horses.

“If we don’t immediately reduce feral horse numbers the consequences for Kosciuszko National Park and its unique Australian native animals will be horrendous.

“Our native wildlife will needlessly suffer as hard-hooved feral horses trample sensitive alpine habitat in the search for what little food remains.”

“The NSW government must step in and save Kosciuszko National Park from the nightmare scenario of thousands of feral horses destroying what little habitat remains by initiating immediate aerial shooting to bring numbers down,” he said.

“Five years ago we had about 6000 feral horses roaming Kosciuszko National Park, now there are at least 20,000 and it looks like most of them, unlike our native wildlife, outran or escaped the fires,” Mr Cox said.

“Claims that horses survived because they reduce fuel loads are baseless. The areas burnt this summer were dictated by winds and hot conditions. Heavily grazed areas between Kiandra and Mount Selwyn were totally incinerated.

“In 2003, major bushfires in Kosciuszko National Park burnt more than 70% of the areas occupied by feral horses and killed about half the horse population, leaving about 2400 horses.

“The feral horse population has since exploded due to a failure by successive state governments to control numbers.

“The stakes have never been higher. Now is the time to act.” 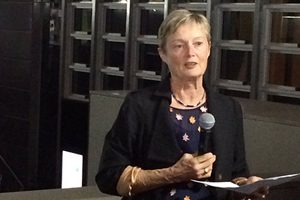