Myrtle rust infections cause grey to brown leaf spots on leaves and buds that develop into yellow pustules with masses of spores. Infected tissues may shrivel and die. Photo: NSW Department of Industry & Innovation.

Myrtle rust (Uredo rangelii) is a fungus that causes disease in plants belonging to the Myrtaceae family (eucalypts, melaleucas, tea trees etc). It was first detected in Australia in April 2010 at a cut flower facility on the central NSW coast, and has since spread to Queensland, Victoria, Tasmania and Northern Territory.

Once it has spread into bushland it is impossible to eradicate.

Myrtle rust could infect a large proportion of Australia’s more than 2000 plant species in family Myrtaceae altering the composition and function of forest, woodland, heath and wetland ecosystems.

This incursion is about as bad as it can get for biosecurity in Australia – a new disease attacking our dominant plants. New myrtle rust strains and other rust affecting native plants like acacia are also threatening to arrive. 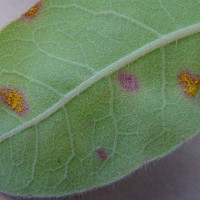 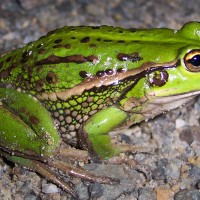 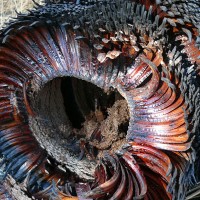 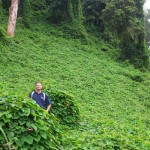