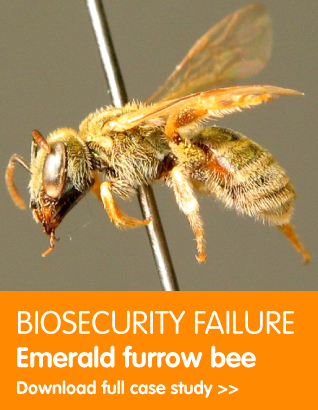 The Emerald furrow bee was discovered by chance in Australia’s Hunter Valley in 2004.

Apart from surveys in 2008-2010 funded by philanthropy, this new invasive species in Australia has been ignored.

Little is known about the bee’s ecology, distribution and impacts. It exemplifies the catch 22 situation that applies with many environmental incursions – too little is known about potential impacts to motivate biosecurity authorities to take action yet by the time impacts become obvious it is too late for eradication or containment.

It is important to prevent further introductions that could increase the species’ environmental tolerance. 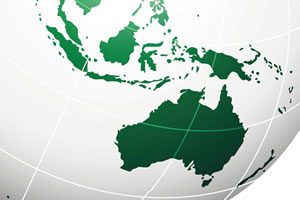