“To improve horse control, Parks Victoria will introduce ground shooting as one of the methods at its disposal for reducing feral horse populations in the Alpine National Park.

“Ground shooting can reduce the time to death and avoid undue stress on horses that may otherwise be trapped, handled and transported long distances.

“These new measures will help bolster Parks Victoria’s efforts to quickly reduce the impact of feral animals in the fire-affected park.

“Sadly, NSW is still without a long-term plan to address the growing numbers of feral horses in Kosciuszko National Park.

“Bushfire emergency measures will begin in Kosciuszko at the end of May, but will only operate for a year, cover one part of the park and use a more limited range of control options.

“Both states continue to rule out aerial control of horses, despite aerial culling being ranked as the most effective and humane option in an independent report endorsed by the RSPCA and veterinarian and welfare experts in 2015.”

Post bushfire aerial operations targeting deer, feral pigs and goats have already taken place across the Alpine and Kosciuszko national parks and the failure to address feral horses had been a serious deficiency.

“The Federal Court of Australia has ruled that the Australian Alps national heritage listing does not extend to the thousands of hard-hooved feral horses that roam the alps today,” Mr Cox said.

“The court’s decision clearly affirms that Parks Victoria’s responsibility is to manage the Alpine National Park for the conservation of its unique native plants and animals.

“Parks Victoria can now continue to fulfil its obligation to control exotic animals within the state’s national parks under Victoria’s National Parks Act 1975.

“We congratulate the Victorian Government for pushing forward using sound science and the law. We urge the NSW Government to put in place its own long-term measures.” 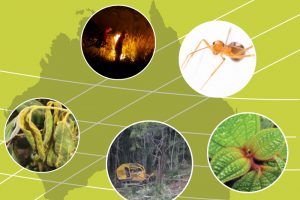