You are here: Home > Island conservation 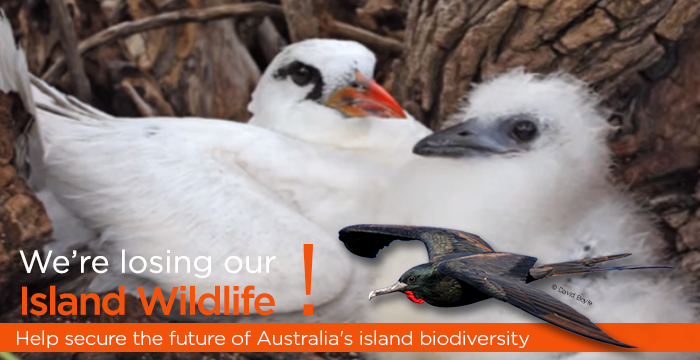 Australia has more than 8300 islands, ranging in size from Tasmania to small rock stacks. These islands play a vital and unique role in the conservation of Australia’s native plants and animals.

Many island species are found nowhere else. In some cases, islands are the last refuge for species extinct on the Australian mainland. For marine turtles and seabirds, islands are essential to their existence. The conservation of Australia’s islands is therefore an essential part of protecting our natural heritage.

However, many islands are plagued by invasive pests and weeds that put our precious native biodiversity at risk. Of the 20 Australian birds most likely to become extinct in the next 20 years, six are confined to islands. Islands are critical habitat for around one-third of Australia’s threatened animal species. Alarmingly, many of our threatened island species are not subject to rigorous recovery plans.

Island environments are especially at risk from invasive species – from the rats that arrived with the early settlers to the invasive ants that have more recently slipped through our quarantine system. Invasive species pose a threat to unique island species and ecosystems, reduce the ability of island environments to withstand the effects of climate change, and often make life annoying or miserable for island people.

Fortunately, the tools and techniques needed to eradicate or control invasive species and to prevent their spread are available. They have been successfully used hundreds of times in Australia and around the world.

Removing the threat of invasive species on islands is a unique opportunity to prevent the extinction of many species and restore healthy island ecosystems.

We are working to:

With your help we will:

We’re working with the Norfolk Island community to control invasive pests and stop the introduction of potential new pest species. We are also supporting a project to map the vegetation of Norfolk Island for the first time.

We are producing research and policy analysis to identify weaknesses in Australia’s island biosecurity and environmental legislation. Our recent report on Australia’s failure to abate biodiversity threats has numerous examples of how we are failing to protect our unique island biodiversity from invasive species.

You can help our work protecting some of Australia's most precious islands, including on Norfolk Island and Lord Howe Island, from weeds and feral animals by making a donation today. 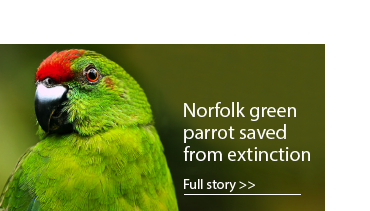