You are here: Home > How we got started

In 2002 eight people were drawn together by a shared concern that the Australian landscape was being radically altered by the invasion of weed and pest species and decided to do something about it.

The result was the creation of the Invasive Species Council.

Although these people came from a diverse range of backgrounds, they all shared a passion for the Australian bush and a desire to protect it from damaging invasive species.

Together, they formed the Invasive Species Council’s Foundation Committee:

Although they are one of the top three threats facing Australia’s natural environment invasive species are all too often neglected as a conservation issue.

It was this realisation in 2002 that spurred a number of committed environmentalists to create the Invasive Species Council.

Founding members include research zoologist Dr Barry Traill and biologist and writer Tim Low, who worked for the Invasive Species Council for several years as a project officer.

Writing in the first edition of Feral Herald, ISC’s quarterly newsletter, Barry summed up the rationale for establishing a group to focus on invasive species this way:

“Back in 1999 I read Feral Future by Tim Low. It made a big impact on me. For the first time I grasped properly what a number of biologists, especially weed experts, had been saying for years. Invasive species of all types and descriptions are a huge problem in Australia. A huge, systematic problem that needs an appropriately huge, systematic response.”

We now know that invasives are one of the greatest threats facing native species and nature on Earth, and certainly in Australia.

Read what The Age newspaper reported about the formation of the Invasive Species Council. 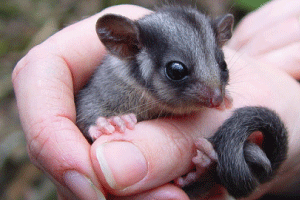