This advice is applied to determine the best policy, laws and practices for tackling the threat of invasive species to the environment.

The following are members of the Invasive Species Council’s scientific advisory committee:

Hugh established the Possingham lab that uses mathematics to formulate and solve problems for saving plants, animals and ecosystems such as the allocation of funding to threatened species recovery. The lab developed the widely used conservation planning software, Marxan, that is used to build marine and terrestrial land-use plans. Hugh was recently elected a Foreign Associate of the National Academy of Sciences (USA).

Tim is an ecologist, consultant and writer who helped found the Invasive Species Council in 2002.

He is author of the best-selling book Feral Future, which The Australian newspaper called a wake-up on the dangers of McDonaldising world ecology, and regularly speaks about pest issues at conferences in Australia and internationally.

Tim’s most recent book was Where Song Began. 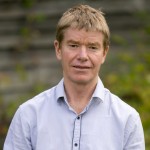 Steven has a long history of involvement with invasion ecology and has a special interest in the impacts of invasive species on Antarctica. From 2004 to 2012 he was director of the Centre of Excellence for Invasion Biology, South Africa. Steven is passionate in finding ways to translate science into policy.

David has expertise in ecology and behaviour of birds, conservation, revegetation and habitat restoration, management of vertebrate pests such as cats, koalas and birds and responses of flora and fauna to fire and drought.

Professor in Ecology
School of Biological Sciences
University of Sydney

Chris Dickman has long been fascinated by patterns in the distribution of living things, and especially by factors such as invasive pest species that affect biological diversity. He is committed to helping to reduce the problems caused by invasive species, and enthusiastic about contributing to the goals of the Invasive Species Council. 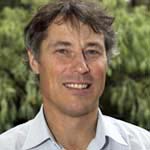 Stephen is interested in the application of genetic approaches to the ecology and management of invasive animals and has published extensively on the genetics of invasive mammals in Australia and New Zealand.

Geoff Carr is a leading authority on environmental weed research, management and taxonomy in Australia, with world perspectives on biological invasions and weed-risk assessment, including deliberately introduced pasture and rehabilitation species. He is also an expert on Victorian saltmarshes and the biology of the halophyte flora. In 1992 he published Environmental Weed Invasions in Victoria: Conservation and Management Implications. 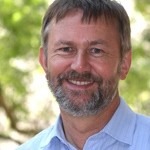 Mick has led several programs on the conservation biology of threatened wildlife, ecology of introduced animals and biodiversity impacts of invasive species. He continues to publish internationally on wildlife conservation and the ecology and management of invasive species. Recent publications include several papers (with postgraduate students) on invasive mammals and a 2009 book Invasive Species Management, commissioned by Oxford University Press.